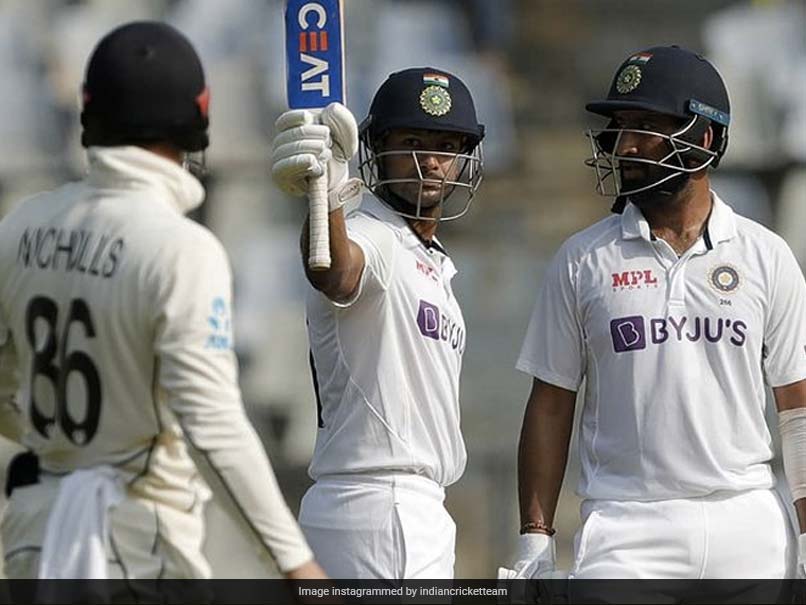 New Zealand batter Daryl Mitchell lauded India batter, Mayank Agarwal, for his breakthrough performance in the ongoing second Test at Wankhede Stadium, Mumbai on Sunday. Agarwal played knocks of 150 and 62 runs in the first and second innings and helped the hosts reach a big score of 540. “The way Agarwal played in both innings for India, he put pressure on our spinners and he set the template for how I personally wanted to try and go about, taking on the Indian spinners today. Disappointing to not still be out there and kick on but it was nice to get a partnership going. It’s a pretty challenging surface, the ball’s definitely turning there with your name on it. It’s just about trying to find ways and put pressure back on the bowlers at certain times and stick within your strengths. Ultimately that was my downfall today, but it was nice to spend some time out in the middle,” Daryl Mitchell told host broadcasters Star Sports after the Stumps on Day 3.

“That’s the wonderful game of Test cricket, they are constantly throwing things at you and you’re doing the same thing back. You just got to keep doing that for long periods of time and keep trying to win every small battle. It’s obviously a tough situation we’re in, we’ve got another two days to bat now. It was just about going out and playing our game, keep trying to put pressure back on their bowlers for as long as we can and hopefully that will put us in a position come day five where there might be a chance. Obviously, it’s very challenging,” he added.

Coming to the match, Team India dominated Day 3 of the second Test against New Zealand as the hosts now required five wickets for the series win at Wankhede Stadium, Mumbai on Sunday.

New Zealand batters Daryl Mitchell and Henry Nicholls were the only positive for the visitors on Day 3 as Kiwis score read 140/5 at the end of Day 3 of the ongoing second Test against India.

This Has Been My Dream Year But Aim Is To Improve Further: Axar Patel

Tough To Bounce Back After Being Bowled Out For 60-Odd: Rachin Ravindra