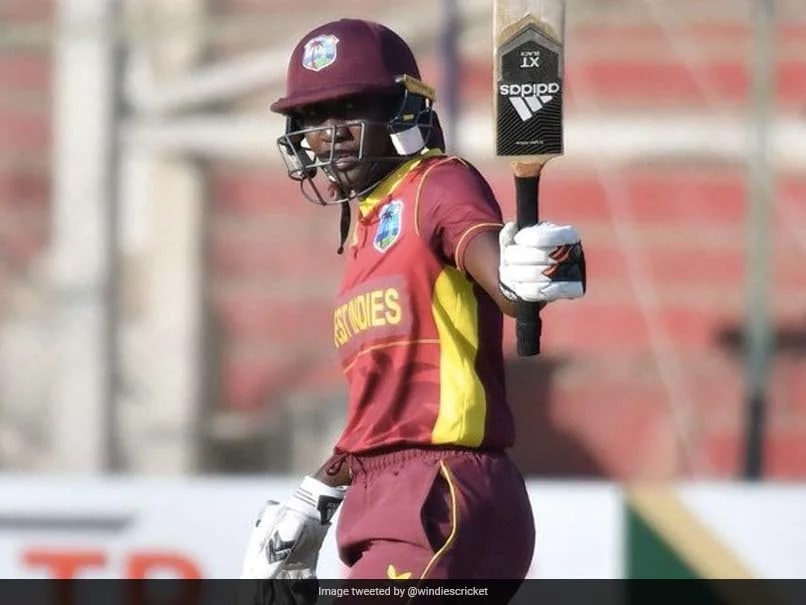 Stafanie Taylorand Hayley Matthews have risen in the ICC Women’s ODI batting and all-rounder rankings respectively. The pair stood up for their side in Women’s Cricket World Cup Qualifier action, with Taylor moving into the top ten in batting (676) and holding on to her No.4 all-rounder ranking (319), as her teammate moved to equal eighth. Matthews moved to her highest career rating (272) joining Katherine Brunt and Jess Jonassen in a three-way tie. Taylor is only bettered by Marizanne Kapp (384), Natalie Sciver (372) and Ellyse Perry (365).

Captain Taylor was at her consistent best in the West Indies’ ODI against Ireland at the Qualifier, taking the prized wicket of Eimear Richardson in a spell of 2/15.

Chasing 160, Taylor cruised in an unbeaten 41 from 54 balls in a six-wicket win. In the successful chase, Taylor leapfrogged Heather Knight, Rachael Haynes and Laura Wolvaardt to move to ninth.

Matthews was miserly in her bowling performance in the same match, removing Ireland captain Laura Delany and Orla Prendergast in the same over, finishing with 2/20 from her 10-over allotment.

Players from Zimbabwe and Pakistan also made big moves off the back of Qualifier action.

Bowlers stood out for the tournament hosts, with Sharne Mayers ( 24), Francisca Chipare ( 14) and Loreen Tshuma ( 18) all making significant movement in the rankings despite a defeat to Javeria Khan’s side.