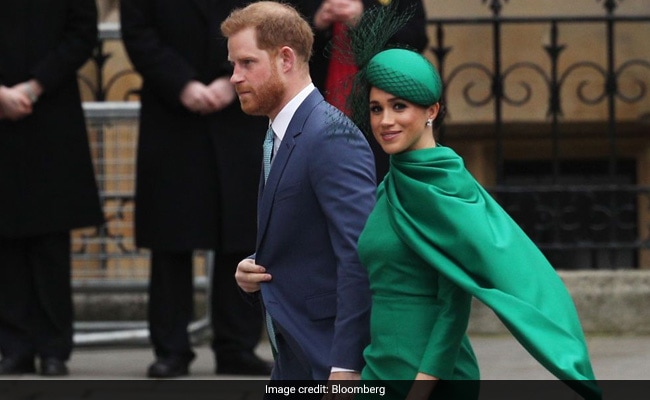 Prince Harry and Meghan Markle have denied reports in the UK Media that they didn’t consult Queen Elizabeth II before naming their daughter Lilibet after her family nickname.

The Queen was the first family member Harry called and shared his and Meghan’s hope of naming their daughter Lilibet in her honour, a CNN report, citing a spokesperson for the Duke of Sussex, said.

The couple announced on Sunday the birth of their daughter Lilibet “Lili” Diana Mountbatten-Windsor – named for Harry’s grandmother Queen Elizabeth II and his late mother. The baby, who is eighth in line to the throne, was born on June 4 in the southern California city of Santa Barbara.

A BBC report, quoting an unnamed Buckingham Palace source, had claimed that the couple never checked with the Queen whether they could use the moniker before naming their second child.

“Had she not been supportive, they would not have used the names,” the spokesperson told CNN.

“Lili is named after her great-grandmother, Her Majesty the Queen, whose family nickname is Lilibet. Her middle name, Diana, was chosen to honor her beloved late grandmother, the Princess of Wales,” said a statement from Harry and Meghan.

The Queen’s nickname came about after her grandfather, King George V, affectionately imitated her attempts to pronounce “Elizabeth” as a toddler.

Shortly after the announcement, a Buckingham Palace spokeswoman said the Queen and the British royal family had been informed and were “delighted with the news of the birth of a daughter for the Duke and Duchess of Sussex.”

(With Inputs From AFP)

Over 25 Crore Free Covid Jabs Given To States: Centre