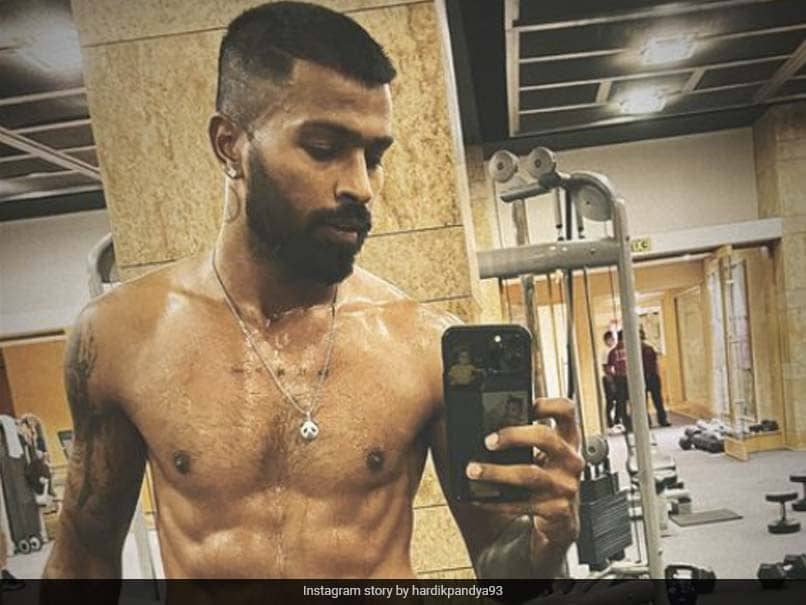 
India all-rounder Hardik Pandya had his “work mode on” as he posted in his Instagram stories pictures after a workout. Hardik showed off his chiselled body as he smiled for the camera in the selfies he posted. Hardik was last seen on the field during the Indian Premier League (IPL) 2021 and he is expected to return to action during India’s limited-overs tour to Sri Lanka next month. Hardik has been named in India’s squad for three ODIs and three T20Is they are scheduled to play in Colombo. 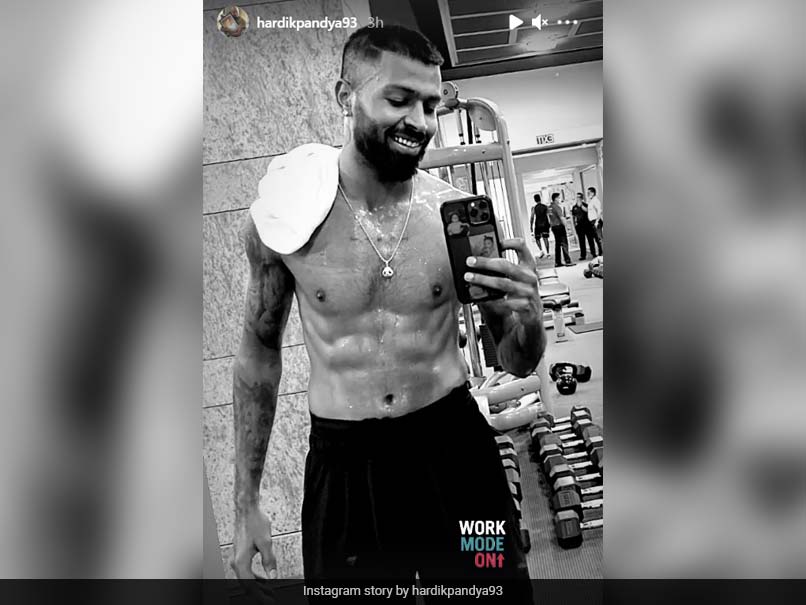 Hardik and his partner Natasa Stankovic were active on social media on Sunday as they posted pictures on World Music Day among other things.

Natasa posed with son Agastya for a pic that Hardik shared in his Instagram stories.

Both Hardik and Natasa also posted pictures on Father’s Day where their son Agastya was also clicked.

After a long layoff since they played England in March, the Indian limited-overs team will travel to Sri Lanka albeit without many of their regulars.

The Indian Test team is in England, engaged in the World Test Championship final against New Zealand in Southampton.

This match will be followed by a five-Test series against England starting August 4, which means that India will field two squads at two different places at the same time.

A new-look Indian white-ball squad will be led by Shikhar Dhawan and has Ruturaj Gaikwad, Devdutt Padikkal and Chetan Sakariya among others as new faces.