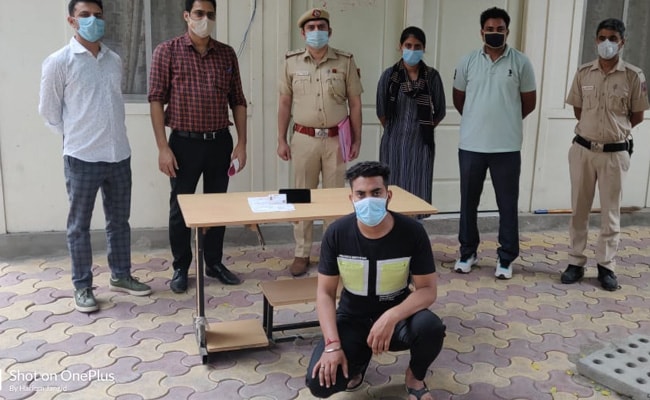 Delhi: The mobile and the sim card used for the crime were recovered from the accused.

Delhi Police on Saturday arrested a 22-year-old man for allegedly stalking over 100 women on social media and sending obscene messages and video clips from fake accounts.

The team of Cyber Cell, South-West District of Delhi Police arrested the cyberstalker, Vikas Kumar, who is a trainer in a gym located in Dwarka.

According to police, the accused used to send obscene messages and video clips from fake accounts on social media to induce victims. The mobile and the sim card used for the crime were recovered from him.

“A complaint was lodged at Sagarpur Police Station in which a woman complainant reported that an unknown person has been repeatedly harassing her by sending lewd messages and obscene videos on her Facebook Messenger. The accused also claimed that he knows her personally,” said police.

During the course of the investigation, the Cyber Cell of Delhi Police collected information from Facebook Inc and other internet intermediaries.

During the preliminary enquiry, it was noticed that the details used by the accused to create IDs were obtained through wrongful means and the subscriber details do not match with location.

“On further technical analysis, the alleged user of the Facebook ID was identified as Vikas Kumar (22). He used to entice girls/women by creating fake Facebook accounts impersonating a woman. During scrutiny, it was found that the accused was using many Facebook IDs to stalk and abuse more than 100 women. So far, three Facebook accounts have been identified using which he befriended more than 2,000 people,” said police.

Brazil Passes Half A Million Covid Deaths, Experts Warn Of Worse Ahead

All Coronavirus Deaths To Be Certified Covid, Or Else Centre In Court