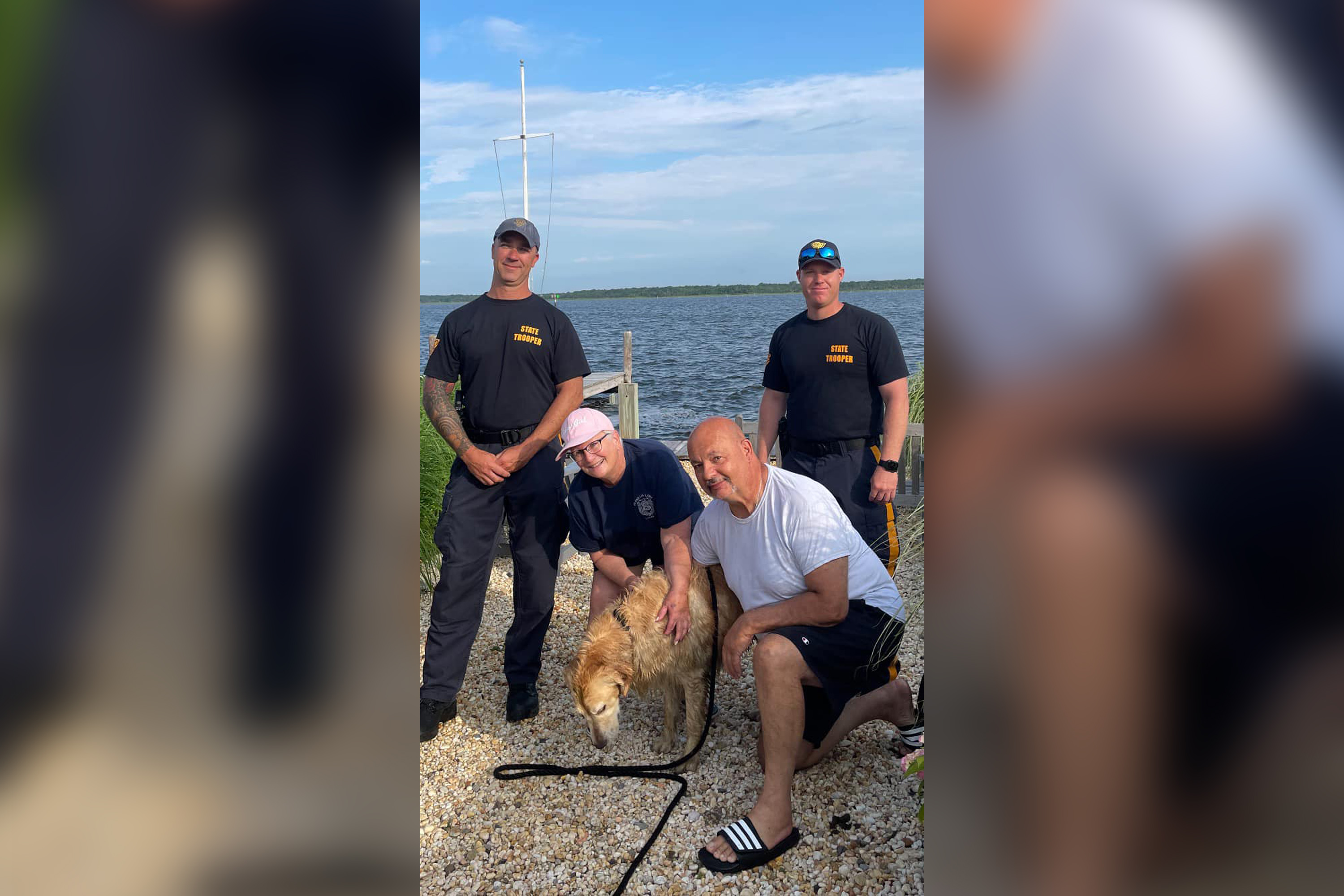 A golden retriever that had been missing for weeks was rescued by New Jersey state police after he was spotted doggie paddling in Barnegat Bay.

Chuck, a 3-year-old pooch from Brick, NJ, had been missing since June 6 until troopers were called to the Jersey Shore bay Tuesday, police said on Facebook.

Troopers Ryan Koehler and Vincent Ferdinandi took a motor boat out into the water after receiving the troubling tip, police said.

The cops were able to track down the swimming retriever, guide him to land and lift him onto a private dock behind a house with a line of rope, according to People.

Chuck’s misadventure started 16 days earlier, when he got spooked while playing catch with his owners and ran into the woods, the article said.

After a two-week search involving police, neighbors, baited traps, hound hunters and cameras came up empty, two joggers spotted the pooch on the Mantoloking Bridge Tuesday morning, according to the report.

When they attempted to grab him, Chuck jumped in the salty water, and reportedly swam for more than two miles before he was rescued.

The pup finally relaxed once owners Marie and James Zangara arrived to pick him up, the article said.

“To see the sigh of relief that a part of their family was back was unbelievable, and the dog was happy to see his family as well,” Ferdinandi told the magazine.

“We are just happy that both the dog and the owners can be reunited.”