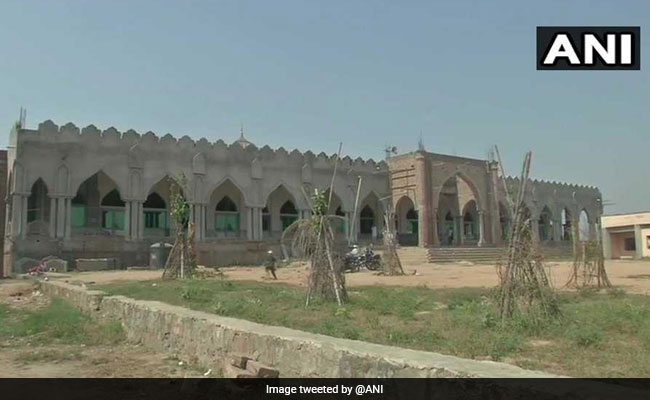 NIA said the imam of the mosque was receiving funds from Pakistani terrorist outfit.

“Ghee” is a code word for explosives and “khidmat” as the services of persons who have undergone terrorist training, claimed the National Investigation Agency (NIA) in its submission to a Delhi court hearing a case on terror funding. The court, while finding activities of the accused suspicious, said there could be many interpretations of the words and the prosecution failed to establish their interpretation as the only one. All four accused were discharged.

Mohammed Salman, Mohammed Saleem, Arif Gulam Bashir Dharampuria, and Mohammed Hussain Molani were arrested by the NIA after the Khulafala-e-Rashideen mosque in Uttawar village of Haryana’s Palwal district came under the scanner of the investigative agency three years ago over alleged links with a terror group in funding its construction.

The NIA said that Mohammed Salman, the imam of the mosque, was receiving funds from Pakistani terrorist outfit Falah-i-Insaniat Foundation (FIF) through Hawala channels from Mohammed Kamran, a Dubai based Pakistani national to attract a group of sympathisers and sleeper cells to create unrest in India and carry out terrorist activities. NIA says the funds were received by Salman from the other accused Saleem and Molani. Dharampuria is alleged to be an employee of Kamran in Dubai and visited the village to oversee the construction of the mosque and reported back to Kamran.

The defendants claim that the money was being sent for charitable purposes like the construction of a mosque and the marriage of poor Muslim women, but the agency claims that it was being used to create sleeper cells.

FIF was established by Hafiz Saeed-headed Jamat-ud-Dawa. In 2012, FIF was declared a terrorist organisation by United Nations, and Hafiz Mohammad Saeed was also designated as a global terrorist by the UN.

The court said there was no evidence on record that any sleeper cell or hideouts or base for FIF or Lashkar-e-Taiba (LeT) had come into existence by the use of these funds.

NIA relied on testimonies from protected witnesses who allegedly heard Salman say that he raised these funds for some “special purpose” and the donor had “different plans” which would be “revealed at right time”. The witnesses also said that they overheard Salman speaking to someone “abroad” informing them that local sympathisers should be identified who could be connected with him for doing “any kind of work” and that villagers believed him, listened to him, and accepted his orders.

The investigative agency also presented two incriminating messages found in the phone of Salman that said “ghee ka intezaam ho gaya hai, bombay wali party bhi aayegi…unke hatho bhijwa denge” (The ghee is ready, the Bombay team will come too, we will send it through them) and “Kamran bhai bhi aaye hai Dubai..aap khidmat me the na isliye aapko nahi pata hai” (Kamran has also come to Dubai. You were in service, hence you wouldn’t know)

The case of the prosecution rests on the use of the words “special purpose”, “different plans” and “any kind of work”, the court said. “Unless there is evidence that there was any hidden meaning to these words and the said meaning is the one which the prosecution seeks to attach to these words, these words have to be taken in their literal meaning,” it said.

The court discharged all the accused saying they were “definitively using certain code” in reference to the incriminating messages but added that the use of words that the prosecution relies on were mere suspicion without evidence. “Mere suspicion cannot substitute evidence and it is only the evidence that can be used to assign the meaning which the prosecution seeks to assign to these words,” it said.