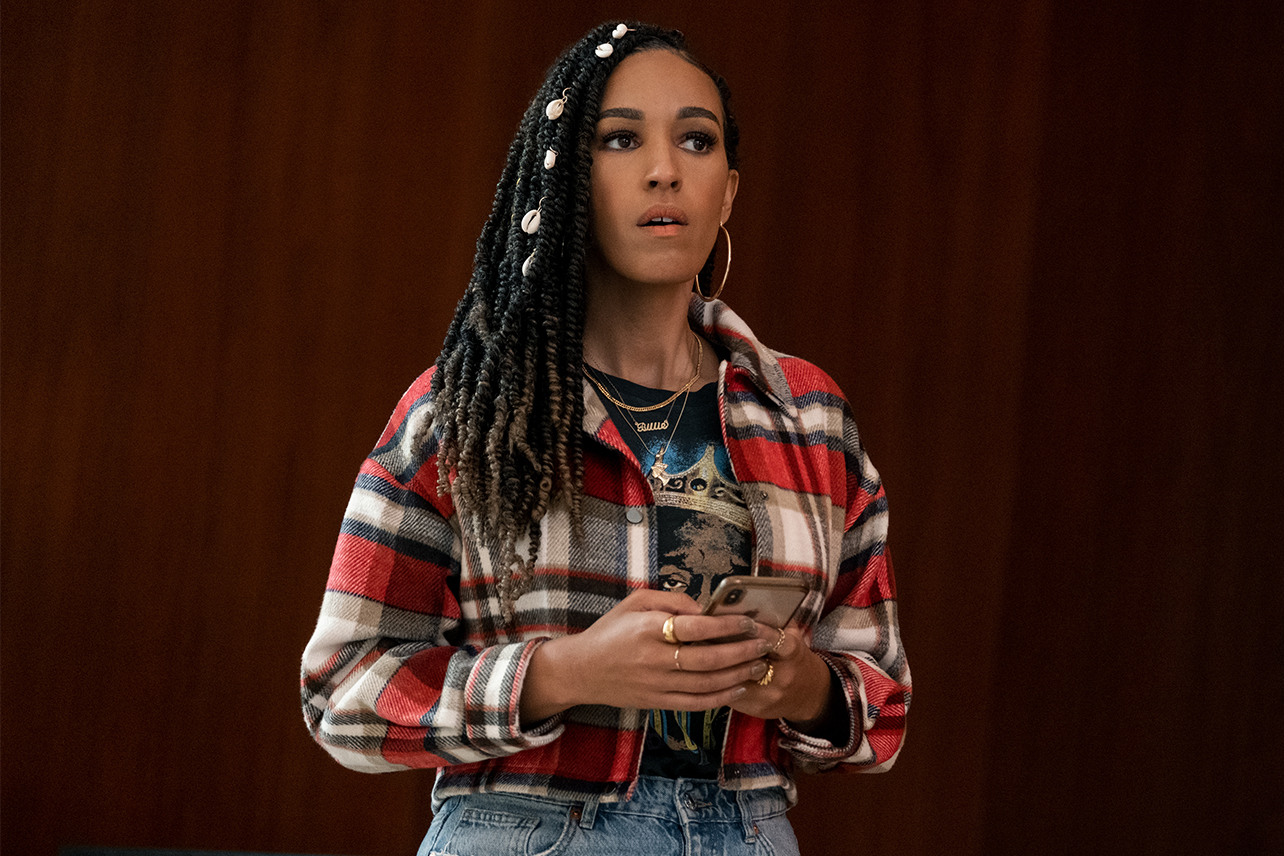 We’ve all got a lot to feel thankful for these days (spending time with family and friends, getting to eat to our heart’s content and then continuing to indulge to the point of pain, Black Friday sales, etc), but we’re especially grateful that we get to celebrate an incredible new Woman Crush Wednesday just in time for Thanksgiving. This week, we’re talking about an extremely versatile, gifted, and hard-working woman who has been killin’ it in the biz for nearly a decade now and shows now signs of slowing down. She can act, do comedy, and sing, and can pretty much do most other things, too, including steal your fricking hearts. So prepare for that (very welcome) theft as you give it up for her, your WCW, the terrific Tawny Newsome!

WHY WE’RE CRUSHING: Newsome plays Billie in upcoming Netflix Original title True Story, which premieres on the platform today, on November 24th (lucky you, you can start the show as soon as you finish this article). The drama-thriller limited series revolves around Kid (Kevin Hart), a world-famous stand-up comedian who finds himself suddenly caught up in an intense matter of life and death upon returning to his home city of Philadelphia for his comedy tour and reconnecting with his brother Carlton (Wesley Snipes). Newsome’s Billie is Kid’s punch-up writer who also has the hefty responsibility of cleaning up the comedian’s messes, a task that only becomes more daunting as his life spirals out of control following a violent scandal. In addition to Newsome, Hart, and Snipes, the show also stars Paul Adelstein, Chris Diamantopoulos, Billy Zane, Lauren London, and Theo Rossi. Make sure to get in on all of Newsome and the rest of the cast’s great work by bingeing all seven episodes of True Story, only on Netflix.

WHERE YOU’VE SEEN HER BEFORE: Newsome’s professional onscreen career began with a bang in 2013, with one-episode appearances in shows Chicago Fire and Stupid Bitch Syndrome, as well as a portrayal of Ray Emery in a short film for that year’s NHL Stanley Cup Finals. Within the next few years she continued to put in the work, building up an impressive list of credits including appearances in shows like Crisis, Sirens, 2 Broke Girls, Comedy Bang! Bang!, Take My Wife, and Documentary Now!, and in movies like 2015 crime-drama Uncle John, 2016 sci-fi drama Einstein’s God Model, and 2016 comedy It’s All Good. 2016 also marked Newsome’s first major recurring role in a series, playing Chelsea Leight-Leigh in Seeso comedy Bajillion Dollar Propertie$ from then through 2019.

From there, the actress quickly racked up even more recurring roles in shows like Nobodies, Brockmire, Sherman’s Showcase, Perfect Harmony, and Craig of the Creek, as well as one-off guest roles in shows like Big Mouth, Superstore, and The Twilight Zone, and work in films like 2018 drama thriller Canal Street and 2019 animated spy-comedy Spies in Disguise. Within the last two years, Newsome’s career has only continued to ascend to new heights thanks to her main roles in out-of-this-world series Space Force and Star Trek: Lower Decks and memorable performances in 2021 films comedy-drama How It Ends and 2021 buddy comedy Vacation Friends. With all of this awesome work under her belt in less then a decade, we have no doubt that Newsome has a long and successful entertainment career ahead of her, and we can’t wait to see everything she accomplishes and creates in the years to come.

WHERE YOU’LL SEE HER AGAIN: Luckily, you won’t have to wait too much longer to see more from Newsome. The performer is set to play Mariah Carey in upcoming and currently filming sci-fi series Scroll Wheel of Time, which revolves around a burgeoning Atlanta rap duo who are given an old iPod that’s actually… a time-traveling device. In addition to Newsome, the show also features Laci Mosley, Bernard David Jones, Jerry Minor, Eugene Cordero, Marc Evan Jackson, and Joey Fatone.

For even more from Newsome in the meantime, make sure to follow her on Twitter, Instagram, and YouTube, and also be sure to check out the podcast Yo, Is This Racist?, which she has co-hosted with Andrew Ti since 2018, as well as her Linktree for even more samples of her work, projects, and triumphs. Don’t miss a moment from this week’s wonderful WCW!

Tom Brady will relax his famous diet for Thanksgiving