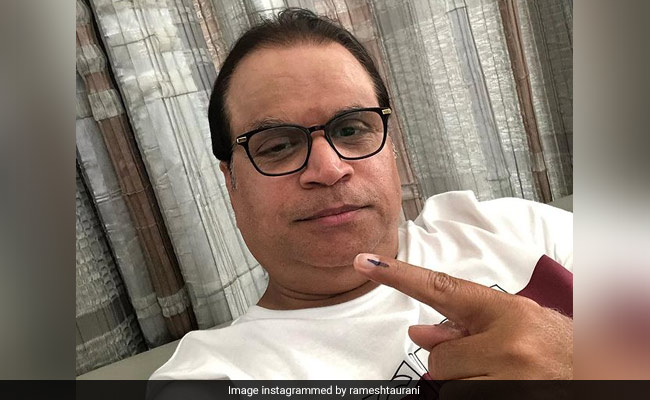 Ramesh Taurani had organised a camp for 365 employees on May 30 and June 3.

Four arrests have been made in a case of an alleged ‘fake vaccination camp’ that was organised by a housing society in Mumbai. Mumbai Police recorded statements of residents and then made the arrests after registering a case. Now, film producer Ramesh Taurani too has a reason to suspect that he has been scammed and that a vaccination camp he organised for his employees could have been victim of a similar racket.

Mr Taurani, who heads Tips Industries Limited, had organised a camp for 365 employees on May 30 and June 3. But they are yet to receive a vaccination certificate.

“Yes, we are still waiting for the certificates and when my office people contacted him (Sanjay Gupta from SP Events), he said it will come by this Saturday (June 12). We got 356 people vaccinated and paid Rs. 1,200 per dose plus GST. But more than the money, now we are worried about what was given to us. Is it genuine Covishield or any saline water?” he said.

“We were told we would get the vaccination certificate from Kokilaben Dhirubai Ambani Hospital (in Mumbai).”

The housing society in Kandivali suburb had complained to police that it was apparently cheated by some persons who organised a COVID-19 vaccination camp for its members by claiming to represent a private hospital, and the vaccine that was administered could be spurious.

The Hiranandani Heritage Residents Welfare Association (HHRWA) has sought an investigation into the matter.

A vaccination camp was arranged by the residential complex on May 30. But later, residents found that the Co-WIN portal did not have any record of the people who participated and they received certificates in the name of different hospitals. A private hospital had denied that it had held such a camp at the society.