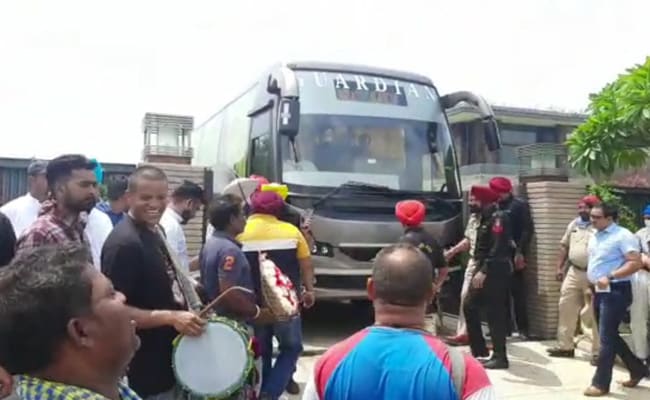 There was much celebration among supporters gathered today at the Amritsar residence of Navjot Singh Sidhu, the newly appointed President of the Punjab Congress. Scores of party MLAs arrived ahead of a visit to the Golden Temple, at least one of whom rejected a demand from Amarinder Singh’s camp that the party chief apologise to the Chief Minister publicly.

After offering prayers at the Sikhs’ holiest site, Mr Sidhu and the MLAs plan to visit the city’s Shri Valmiki Mandir Ram Tirath and Shri Durgiana Mandir. A luxury bus was seen entering the residential premises, likely to ferry them.

An air of festivity lingered as people gathered at the gates of the Congress leader’s residence. Some played the traditional drums as policemen managed the crowd. 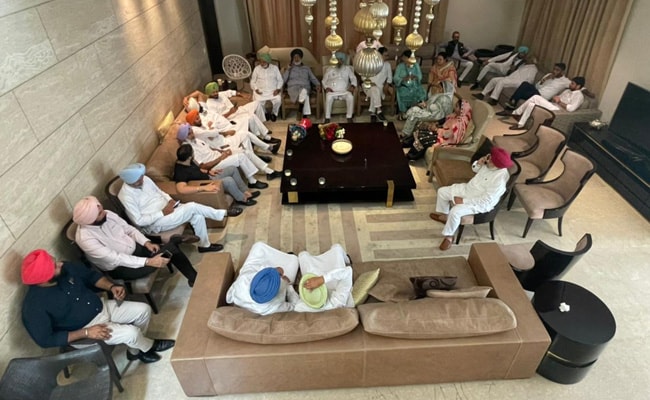 “Why should Sidhu apologise. It’s not a public issue. The Chief Minister has not solved many issues. In that case, he should also apologise to public,” Pargat Singh, Congress MLA from Jalandhar Cantonment, said on reaching there.

He was responding to a tweet by the Punjab Chief Minister’s advisor asking Sidhu to apologise. A public apology for attacking him on various issues was among the demands made by Mr Singh’s camp as a condition to agree to Mr Sidhu’s elevation as state party chief.

“I have faith that the 2022 Assembly polls will be won because of Mr Sidhu. The CM’s advisors are misleading him. Due to this, Punjab is going backwards,” said Madan Lal Jalalpur, the Ghanaur MLA, at Mr Sidhu’s residence.

The cricketer-turned-politician’s appointment on Sunday, replacing Sunil Jakhar, came at the end of a months-long face-off between the two and a series of meetings of state and national leaders of the party.

It also came months ahead of the state Assembly polls, winning which was looking increasingly difficult for the Congress amid such intense infighting.

Know Date, History, Significance, And How Its Celebrated