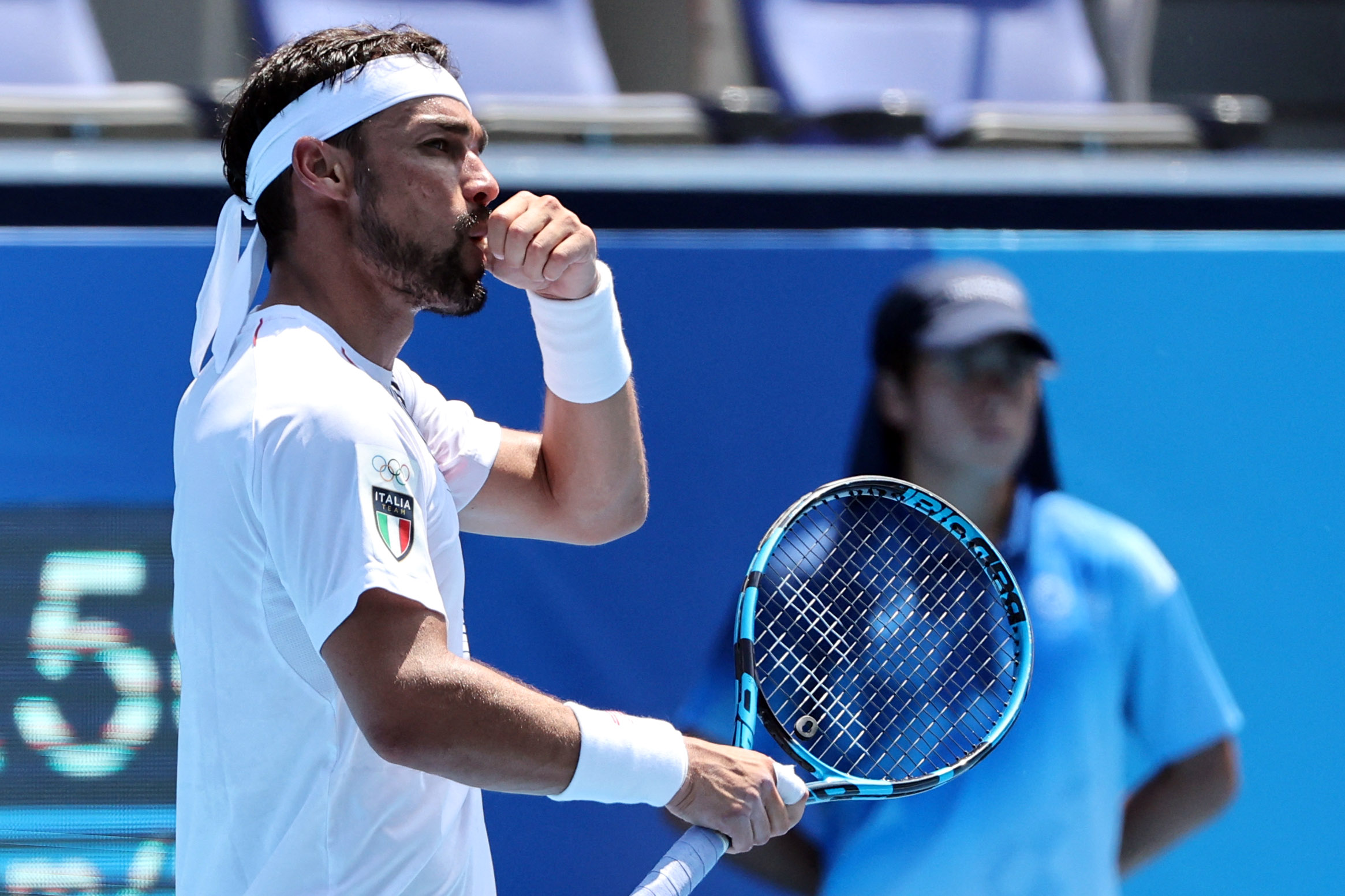 Through a rainbow color Instagram Story background, Fabio Fognini apologized for yelling homophobic slurs at himself during his Tokyo Olympics match.

In a loss against Daniil Medvedev, the Italian tennis player claimed the scorching heat got the best of him and caused him to make “a really stupid expression” toward himself, he said in the post.

“The heat went to my head! In today’s match I used a really stupid expression towards myself,” Fognini wrote. “Obviously I didn’t want to offend anyone’s sensibilities. I love the LGBT community and I apologize for the nonsense that came out of me.”

Throughout the match, Fognini could also be seen smashing his racket, which he later threw out in a trash can after losing. Previously in 2017, the fiery Fognini was booted from the US Open’s double tournament and banned for two Grand Slam tournaments for insulting the chair umpire during a loss.

Medvedev, who nearly fainted because of the heat and humidity, won in three sets to advance to the Olympics’ fourth round. To avoid the heat, ITF said in a statement matches will be moved to a later time during the day.

Chicken Poppers : How To Make The Perfect Chicken Snack In Minutes