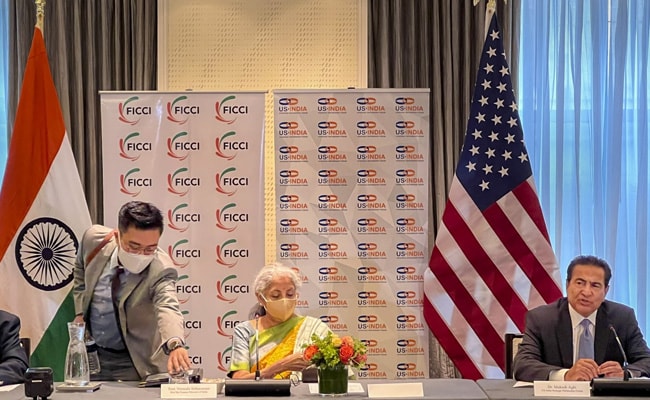 Finance Minister Nirmala Sitharaman has said that emerging economies are likely to recover speedily from the effects of COVID-19 and India will be one of the highest growing economies.

The minister, who was interacting with Larry Summers on ‘Structural Reforms and Inclusive Development: India’s Experience’ at Kennedy School in Boston, said there will be a different picture of growth in different regions.

“I do not think there would be one picture for the entire globe. The emerging market economies are likely to recover speedily. And are likely to have a growth trajectory that will probably be given the title of engine of growth. They are the ones who will move forward the global economy. At least from the data which was released yesterday and a week before, I can say that India’s growth is going to be highest in the world this year of course based on a lower base of last year. That will continue to the next year and even there we will be one of the fastest-growing economies. And so will some more countries all of whom are emerging markets,” she said.

“The developed world will also catch up and do because their bases are very high. So the growth that they will show will not certainly be closer to double-digit. I see a different picture in different regions,” she added.

India’s economy had contracted by 7.3 per cent in 2020 due to the impact of COVID-19 pandemic.

IMF said that the global economy is projected to grow at 4.9 per cent in 2022.

Sitharaman also referred to most countries of the world signing up to a historic deal to ensure big companies pay a fairer share of tax.

The minister said more than 130 countries have come together to have a global tax on all those companies that are operating across nations earning profits in different “areas in so many geographical jurisdictions but end up paying no tax in any jurisdictions”.

“I am looking forward to having a greater conversation on this in G20,” she added.

To Bring ‘Baby Boom’ In State, Mizoram Minister Offers Rewards To Couples With Most Children