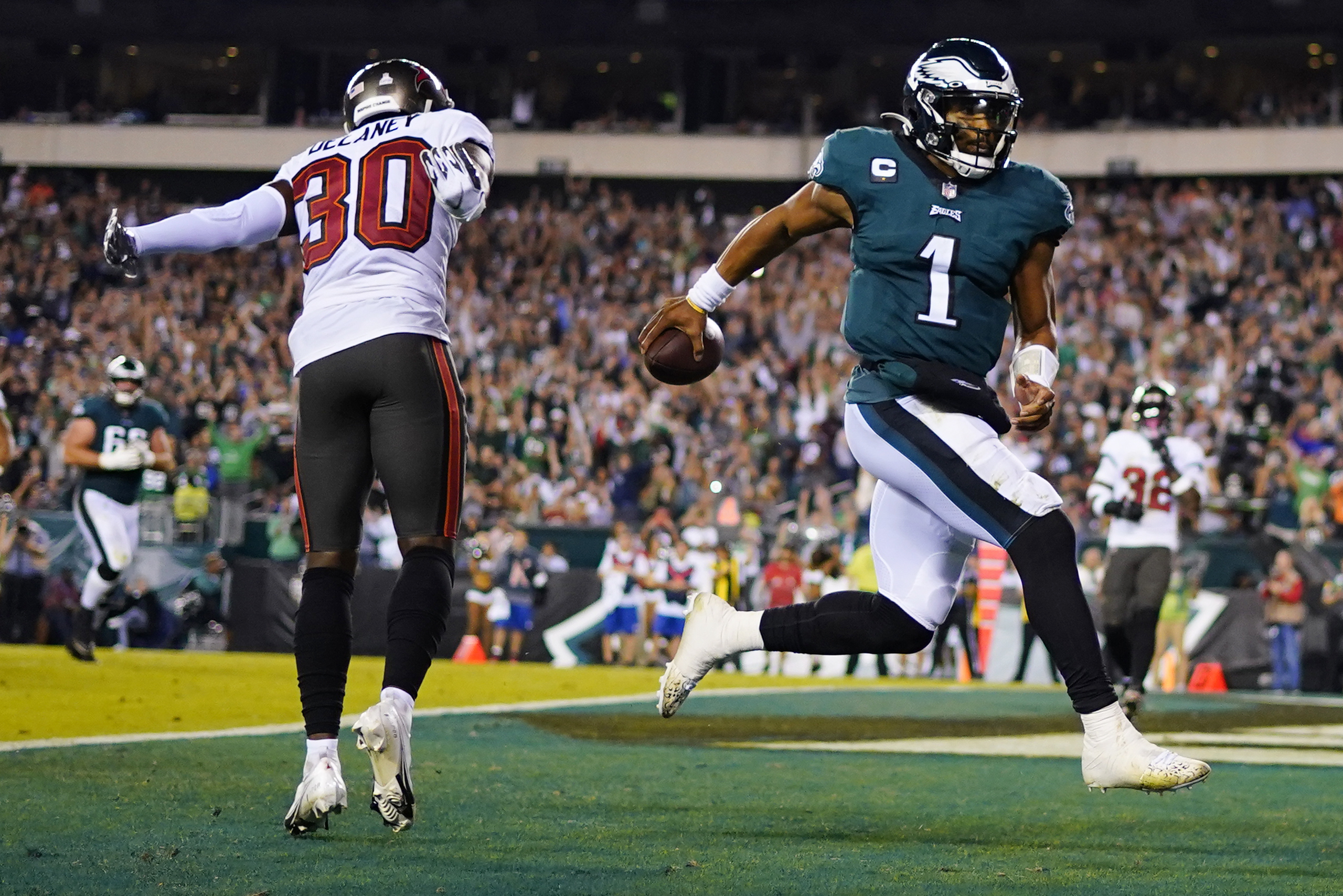 No team in the NFL arguably faced more adversity during Week 6 than the Las Vegas Raiders. After a poor effort at home in a 20-9 defeat to the Chicago Bears, Jon Gruden was out as the Raiders head coach and essentially the organization’s chief decision-maker. Nevertheless, the Raiders rallied behind interim coach Rich Bisaccia and won, 34-24, at Denver as a 3.5-point underdog. The Silver and Black benefited from four turnovers, including three Teddy Bridgewater interceptions, but were also very sharp in the passing game and were able to get chunk plays against the Denver secondary.

Now comes the hard part. Last week, the Raiders were able to play the “us against the world” card. This week, they are back home and everyone in town is back on the bandwagon.

Philadelphia comes into Las Vegas with a 2-4 record, but has gone 2-1 on the road. The Eagles are still winless at home, but playing the 49ers, Chiefs, and Buccaneers (plus a road game against the Cowboys) will do that to a young and rebuilding team with a first-year head coach.

The Eagles might be a little undervalued in the market based on the early-season schedule, and the Raiders are likely overvalued off their win last week. The market has reflected that, as the +3.5s have disappeared and the 3s that remain are weak 3s with vigorish toward the Philadelphia side.