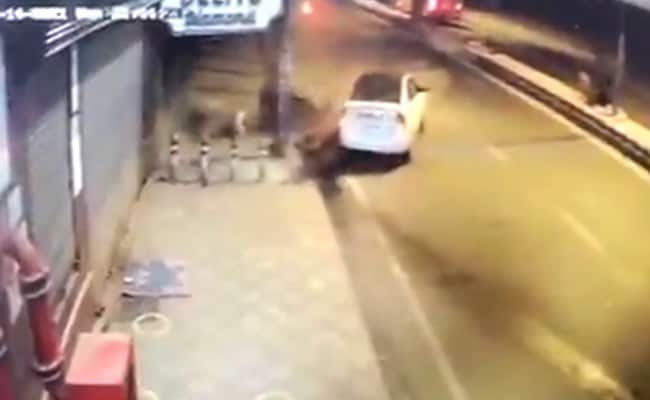 An e-rickshaw driver and a woman were killed while her two children were critically injured after a speeding car rammed into the vehicle in central Delhi, police said.

The accident happened near Daryaganj’s Delite Cinema on Monday night when the woman and her two children were travelling by the e-rickshaw, they said.

The CCTV footage of the incident shows the car slamming into the e-rickshaw before coming to a halt due to the impact of the collision. A moment later it was seen zooming away.

A motorcyclist chased the car, which was intercepted at a picket near Barshla Bulla Chowk, Jama Masjid, reported news agency Press Trust of India quoting a police officer..

The car driver, who was under the influence of alcohol at the time of the incident, has been arrested, the police said. Several liquor bottles have been recovered from the car, they said.