Delhi Chief Minister Arvind Kejriwal today cautioned again that chances of a “third wave of the coronavirus pandemic were quite real” and that his government is prepping to tackle it on a “war footing”.

Delhi has been ramping up healthcare and oxygen facilities after an acute shortage during the deadly second wave left the medical infrastructure in the capital crippled with thousands gasping for a bed and breath.

Twenty-two oxygen generator plants will be operational at nine Delhi hospitals from today in a key step to ramp up production of the gas critical for Covid patients, the state government announced.

The plants, with a capacity of 17 tons, will be able to provide oxygen to a thousand beds, Delhi Health Minister Satyendar Jain said.

Mr Kejriwal, while virtually inaugurating the plants, said during the second wave 700 tons of oxygen was required in Delhi in a day as compared to 150 tons on other days.

“There is a high possibility of a third wave hence we are increasing oxygen capacity,” the Chief Minister added. These new additions have taken the total number of oxygen plants to 27 in Delhi. 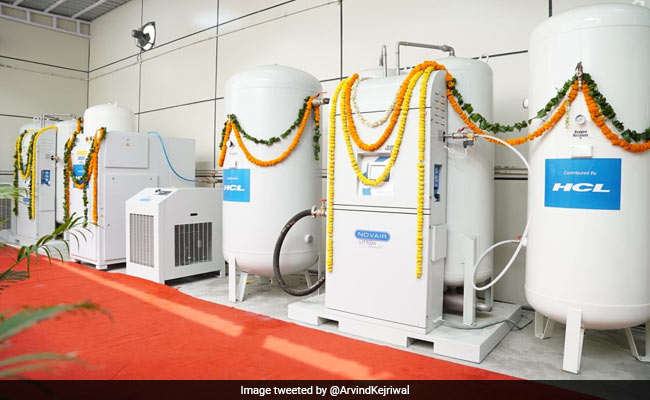 Delhi will add another 17 oxygen plants in July. A total of 64 plants will be made functional in two months, the state government had earlier announced.

“Indications are coming from the UK on the fear of the third wave. Cases are rising there, despite 45 per cent of vaccination. So, we cannot afford to sit idle,” Mr Kejriwal added.

The capital is procuring 25 oxygen tankers as they did not have any of their own.

A 420-tonne oxygen storage capacity is also being created in Delhi, Mr Kejriwal had announced. Six thousand oxygen cylinders have also been bought by the Delhi government.