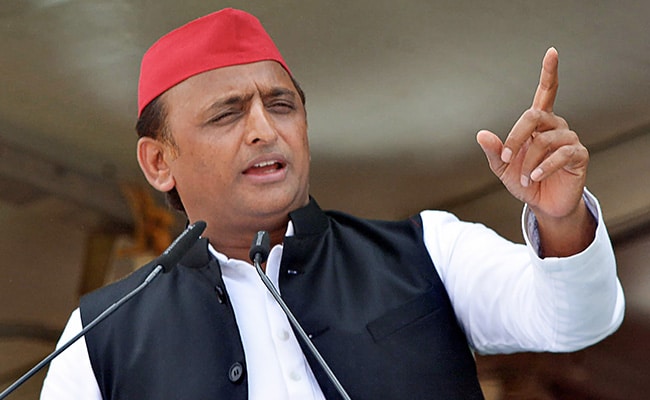 Akhilesh Yadav said we should recall the inhumane behavior of the BJP government in the case. (File)

Samajwadi Party (SP) president Akhilesh Yadav on Thursday said the 30th of every month should be observed in memory of the Hathras gang rape victim, and that the “anti-Dalit and anti-women” stance of the BJP government should be “exposed”.

A 19-year-old woman was allegedly gang raped by four men at a village in Hathras on September 14 last year. After her condition deteriorated, she was referred to Delhi’s Safdarjung Hospital where she breathed her last, a fortnight after the incident.

Her family members and villagers had alleged that the police forcibly took away her body and cremated it in the middle of the night.

“It is an appeal to the residents of Uttar Pradesh, the SP and its allies to observe ‘Hathras Ki Beti Memorial Day’ on the 30th of every month and recall the inhumane manner in which the BJP government in the state got the body of the rape victim burnt on 30-9-20,” Mr Yadav tweeted in Hindi.

“The anti-Dalit and anti-women stance of the BJP should be exposed,” he said.

A villager had alleged that the police did not heed their request to cremate the body during the day and the men in khaki forcibly held the cremation by themselves at night.

Local police officers, however, had said the cremation was carried out as per the wishes of the victim’s family.

Behold The Glory Of Sushmita Sen, Still Bent On Revenge