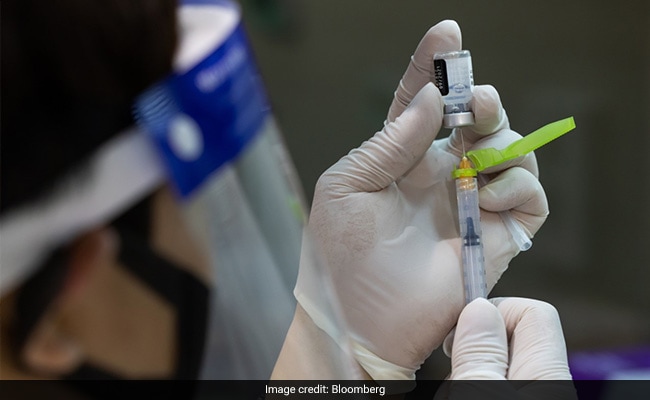 After more than a year of obsessively tracking Covid-19 case numbers, epidemiologists are starting to shift focus to other measures as the next stage of the pandemic emerges.

With rich countries vaccinating growing proportions of their vulnerable populations, the link between infection numbers and deaths appears to be diminishing. Now, the focus is on learning to live with the virus — and on the data that matter most to avoid fresh lockdowns.

“It’s possible we’ll get to a stage of only monitoring hospitalizations,” said Jennifer Nuzzo, an epidemiologist at Johns Hopkins University’s Coronavirus Resource Center, which has built one of the most comprehensive platforms to track the virus and its impact.

Before vaccination campaigns took off in the U.K., U.S. and Europe, a spike in cases almost invariably translated into a surge in hospitalizations and deaths over the course of several weeks. The strain on health systems left leaders little choice but to place curbs on public life, disrupting economies, and forced people with other medical conditions to delay important procedures.

Now scientists and government officials are keen to see whether the widening scope of vaccinations will finally break that cycle. Events in Britain are providing the most compelling test case to date.

About 46% of the U.K. population is fully vaccinated, according to Bloomberg’s Vaccine Tracker, helping reduce daily deaths to the lowest level since last summer. Yet cases of the delta variant, a more transmissible strain first identified in India, almost doubled in the past week, Public Health England said Friday. Hospitalizations also ticked higher, though most of the patients haven’t been fully vaccinated.

Prime Minister Boris Johnson on Monday postponed the end of lockdown measures by four weeks to allow more adults to receive a second vaccine dose, which data show significantly increases protection against the new strain. But even if the virus spreads further among children and non-vaccinated young adults, the true test of the immunization campaign will be whether hospitalizations and deaths stay low.

If they do, Covid would begin to look less like an unmanageable pandemic, and more like a seasonal disease such as influenza. For policy-makers, that’s the goal.

“We are aiming to live with this virus like we do with flu,” Health Secretary Matt Hancock told Parliament last week. Scientists say comparing the prevalence of Covid to the flu, which kills about 650,000 people globally each year, will become an important yardstick come next fall and winter. Covid has killed more than 3.8 million people since the start of 2020, but vaccinated countries should eventually be able to treat its periodic resurgences in the same way as they do the flu — and make policy decisions accordingly.

“Comparing to seasonal influenza impact is an appropriate one when talking about things like closing schools,” said Nuzzo. “What do we do with influenza? Would we do this in a normal flu season?”
Vaccines and Variants

In a sign of pandemic optimism — or fatigue — around two dozen U.S. states have reduced how often they release Covid data. Florida now reports just once per week.

In much of the world, however, health officials aren’t taking their eyes off case numbers yet. China and Taiwan reduced new infections almost to zero, but a lack of vaccines means that even small outbreaks must be treated as big threats.

In Taiwan, after a year of relative calm and daily cases in single digits, daily infections rose as high as 723 during May. The government shut entertainment venues and restricted indoor gatherings to five people to curb the spread. 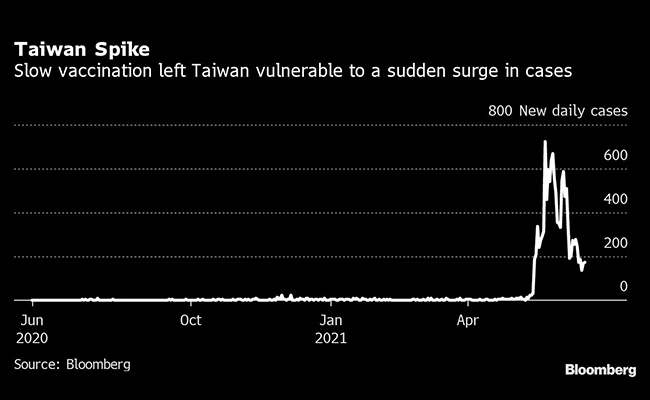 “When we look at Taiwan, which is the best of the best, it underscores the vulnerability of these countries,” said Nuzzo. “They are not going to be able to relax until they’re able to vaccinate more widely.”

With a population of 24 million, Taiwan has administered just over one million vaccine doses. Mainland China, which has experienced severe lockdowns, is coping with high levels of vaccine hesitancy and has given almost a billion doses, enough to fully vaccinate about a third of its people.

Even among vaccinated populations, case numbers remain important. The more the virus circulates, the higher the chance it could mutate into strains that are more lethal or resistant to existing vaccines.

People infected with the delta variant are more than twice as likely to end up hospitalized than those with the alpha strain, according to research by scientists in Scotland published in The Lancet. Though the variant is effectively controlled by vaccines, the threat to health-care systems from even a small jump in cases could keep increasing if the virus mutates into more potent forms.

Getting to zero cases isn’t realistic anytime soon, even in highly-vaccinated countries. Most societies have come to accept the reality of mutation with other viruses, like the flu, and incorporate the new strains into vaccines when they crop up. That’s likely to be the case with Covid.

“We have to live with the fact there will be new variants,” said Marc Baguelin, an epidemiologist at Imperial College London. “It’s something that’s always happening in the background.”

Gemstones Sparked A ‘Diamond Rush’ In South Africa. Then…

4 Shooters Of Nandu Gang, On Way To Kill Businessman, Injured In Shootout: Cops