As Covid-19 cases continue to spike, the Centre on Tuesday said that the situation in the country is “turning from bad to worse” and is a huge cause of worry, especially for some states.

“The Covid-19 situation is turning from bad to worse. In the last few weeks, especially in some states, it is a huge cause for worry. No state, no part of the country or district should be complacent,” NITI Aayog member (Health) V K Paul told a press briefing, news agency PTI reported.

The NITI Aayog member also said that the whole country is “potentially at risk” and that all efforts to contain and save lives should be taken.

On the other hand, Health Secretary Rajesh Bhushan said that all states and Union Territories are reporting a surge in cases. He urged state governments to “significantly and exponentially” increase the number of Covid-19 tests. The proportion of RT-PCR tests need to be increased too, he said. “On Saturday, we held meeting with these states and also spoke to 47 districts. We requested them to increase the number of tests with a special focus on RT-PCR tests. Rapid antigen tests must be used for screening and in densely populated areas where cases are coming in clusters. The preferred test should be the RT-PCR ones,” Bhushan said.

Those eligible for vaccine shot next can register on CoWin: Health Ministry

The health ministry also said that people eligible for vaccination from April 1 can now register themselves in the CoWIN platform, the Aarogya Setu app or go for on-site registrations which would start after 3 pm on Thursday.

The decision to further open up the vaccination programme was taken by the government last week amid the second wave of surge in Covid-19 cases. The Centre had also made changes to the Co-WIN platform and communicated to states that unlike earlier, when the second dose of the vaccine would be scheduled for Day 29, beneficiaries will have the discretion to choose the date of the second dose within the extended interval of 4-8 weeks.

According to the ministry data, a total of 6,11,13,354 vaccine doses have been administered so far in the country.

Amid rising Covid cases and deaths, as well as the continuing prevalence of the UK strain in the state, Punjab Chief Minister Captain Amarinder Singh on Tuesday ordered extension of curbs till April 10, while directing the Health Department to increase the number of vaccination sites to target the priority groups on an urgent basis.

Reviewing the Covid situation with the Chief Secretary and other top officials, the Chief Minister said all restrictions that were in place till March 31 will now remain in force till April 10, after which they would be again reviewed. 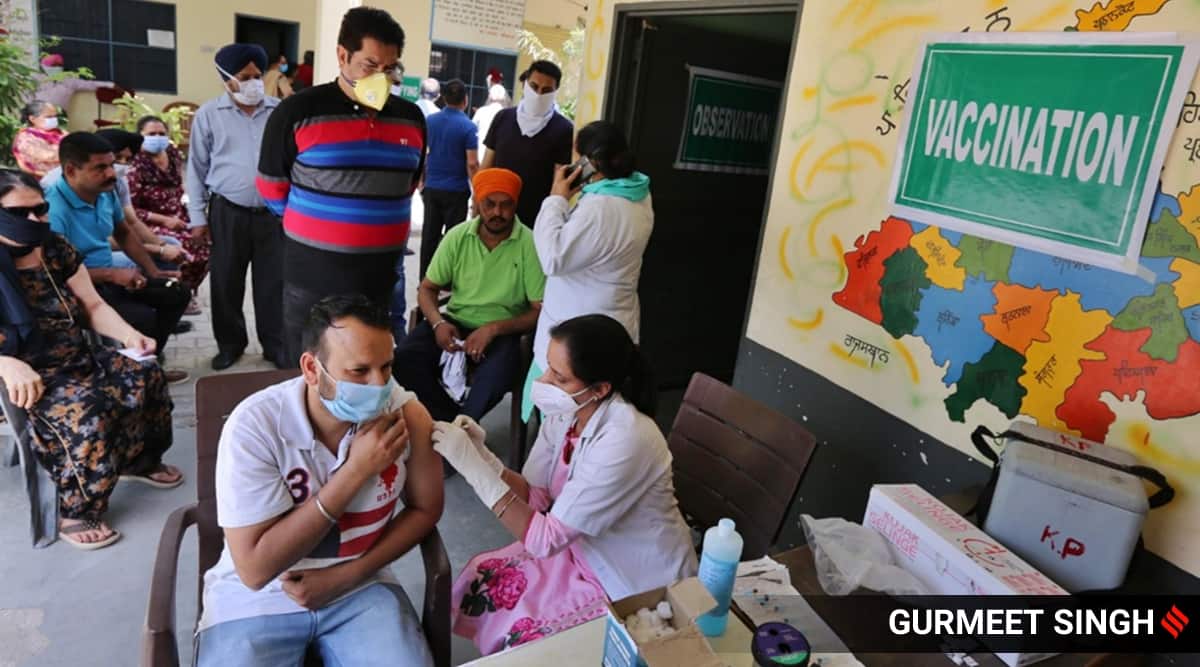 The Chief Minister also ordered the launch of a vaccination drive at prisons after 40 women inmates in Patiala’s Nabha Open Jail tested positive for coronavirus.


The latest data has shown that the UK strain of the virus continues to be the most prevalent of all the new mutant variants in the state. While 326 of the 401 samples sent initially to NCDC for genome sequencing were found positive for the UK variant, of a separate batch of 95 samples sent to IGIB, 85 were found to be positive for the same mutant strain.

The Director-General of Civil Aviation (DGCA) Tuesday told airports to increase surveillance to ensure Covid-19 norms are followed. The Aviation regulator also asked the airport to consider imposing spot fines, with the help of police authorities, on passengers who are found not wearing masks properly or not following norms of social distancing.

“During the surveillance of some airports, it has come to notice that compliance (of COVID-19 protocols) is not satisfactory,” DGCA in a circular on Tuesday said.

“All airport operators, therefore, are requested to ensure that the instructions on COVID-19 protocol from the standpoint of wearing face mask properly, covering nose and mouth, as well as maintaining social distance norms within the airport premises are followed scrupulously,” it added.

Urging people to be more cautious, Himachal Pradesh Chief Minister Jai Ram Thakur said that new coronavirus strains are more dangerous. As per PTI, Thakur cautioned people while taking stock of the Covid-19 spread in the state in a meeting at Dr Rajendra Prasad Medical College, Tanda, near Dharamsala. 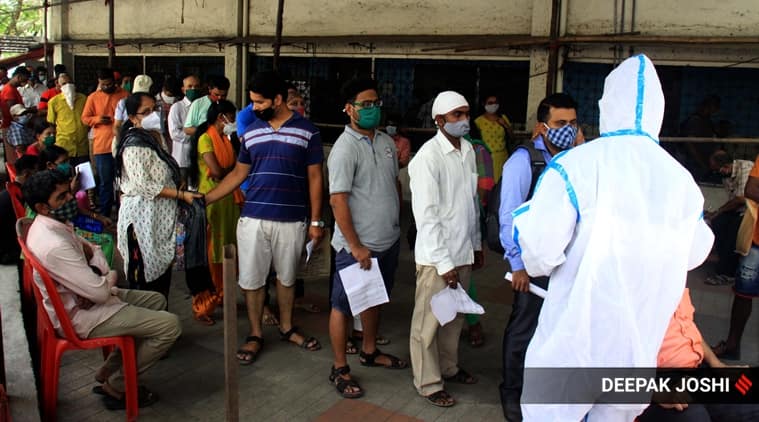 Outside a testing centre in Thane.

“Health experts have observed that new coronavirus variants leave no symptoms of cough or fever and patients just complain of joint pains, weakness and loss of appetite and Covid-19 pneumonia,” said the chief minister. Thakur said that the virus now takes less time to aggravate compared to the old variant and does not show any symptoms sometimes.

“Therefore, it is better to be more careful than staying unguarded and putting ourselves, family and the society in danger,” he added.

Karnataka’s Covid-19 Technical Advisory Committee (TAC) has advised the state government to restrict audience capacity at cinema halls and theatres to 50 per cent in light of the rising infections across the state. The TAC has also highlighted the importance of alternate seating in cinema halls for the next four weeks, a period considered to be crucial in the ongoing second wave of the pandemic.

However, Chief Minister B S Yediyurappa is yet to take a call on the matter.

Earlier this month, the Bruhat Bengaluru Mahanagara Palike (BBMP) — the municipal body governing Karnataka’s capital city — had put forth the same recommendation. “We are still unaware of the number of cases that have come from cinema halls, but it is a closed environment with 100 per cent capacity,” BBMP Commissioner N Manjunatha Prasad said.

Don’t hoard for 2nd shot: Govt to states as vaccine opens for 45+ – Times of India