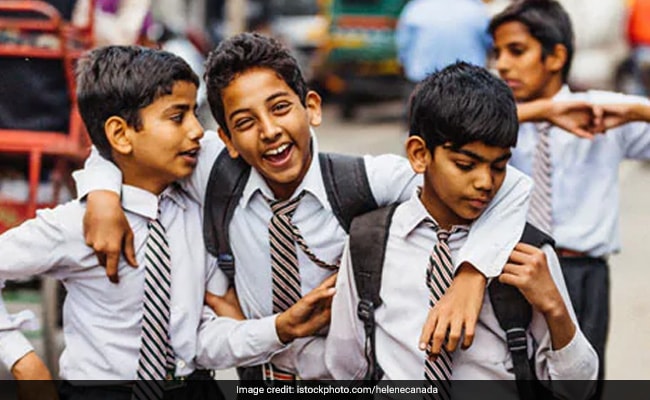 Schools – shut since March last year due to pandemic – will only re-open once a significant portion of the population has been vaccinated against COVID-19, the government said Tuesday afternoon.

“Schools require teachers and children to sit together. It gives the virus an opportunity to spread. We can only have this (re-opening of schools) when a large part of the population is protected,” Dr VK Paul, Member (Health), NITI Aayog, said.

“Until it (the spread of the virus) is predictable it is hard to re-open,” he said.

Dr Paul also warned against re-opening schools because of the declining trend in daily new cases, saying: “The lull right now is because of restrictions. When they are removed cases may spike.”

The re-opening of schools, colleges and other places of education will “always be under active consideration… but the overall guidance is to be cautious”, he added.

Dr Paul was asked a similar question last week, to which he said: “A lot of things need to be considered – vaccination of teachers and maintaining social distance, for example…”

“We should also remember that in many countries schools reopened then outbreaks were reported and they had to shut them down again. We don’t want to

put our children and teachers in that situation unless we have more confidence that the pandemic won’t harm us,” he said then.

He suggested more data – particularly on how the virus might infect children – was needed.

The government has said next month’s sero survey will include 14,000 kids over the age of six.

Last month authorities were alarmed after 8,000 children and teenagers tested positive for COVID-19 in Maharashtra’s Ahmednagar, accounting for about 10 per cent of cases in the district.

Children below 18 have not yet been cleared to receive a Covid vaccine, although Bharat Biotech has begun trials for 2-18 year old candidates with Covaxin.

Amid concern over how the virus might affect children, the government has also cancelled CBSE and ICSE exams for Class 10 and 12. An alternative marking system has been proposed, amended with suggestions from parents and students, and accepted by the Supreme Court.

At its peak over four lakh new cases were reported in a 24-hour period, and analysis of mortality data from certain states suggests Covid-related fatalities in this period were grossly undercounted.

Daily new cases have declined since; this morning the 24-hour figure dropped below 50,000 for the first time in three months, and states are easing restrictions imposed over the past few weeks.

Delta Plus COVID-19 Variant In 9 Countries, India Has 22 Cases: Government