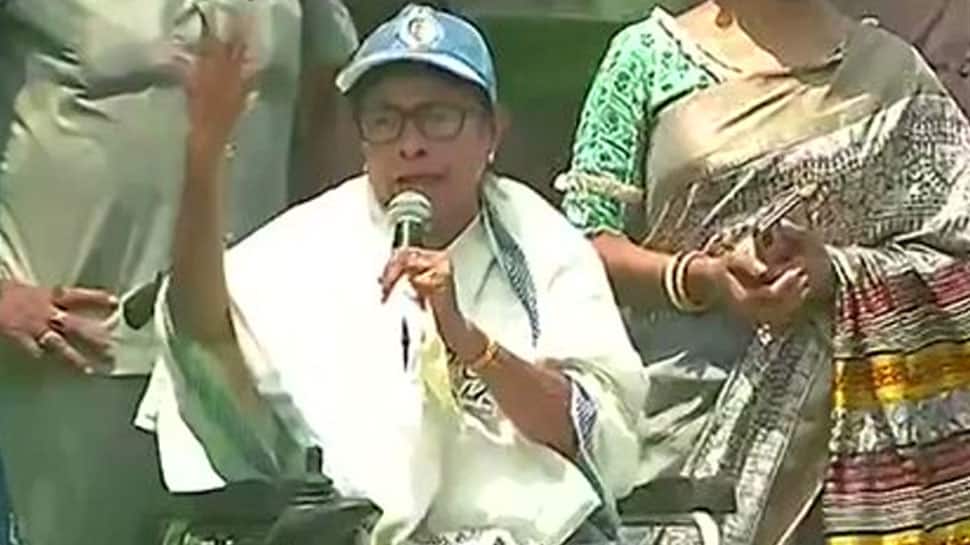 NANDIGRAM: West Bengal Chief Minister Mamata Banerjee on Tuesday urged the voters in Nandigram, from where she is contesting the crucial assembly election, to maintain their cool and cast their votes to her party Trinamool Congress on the day of the polling.

The Chief Minister made these remarks after holding a ‘padyatra’ in Nandigram. The West Bengal Chief Minister further alleged that police forces from BJP- ruled states have been brought in to “terrorise” voters in Nandigram assembly seat where she is locked in a keen contest with confidante-turned-adversary Suvendu Adhikari of the saffron party.

Before leading a colourful roadshow from Bhangabera, Banerjee told a public meeting in Sonachura that police personnel from Madhya Pradesh have been deployed to “terrorise” voters in villages and tilt the balance in favour of the BJP.

She, however, said she was confident of a massive win from the seat and also about leading her party to a third straight term in power. In a veiled threat to Adhikari, she said, “They (police forces from outside) will be here only for a few days. Make no mistake, we will be back and give the betrayers a befitting reply.”

She said the Election Commission is being apprised of the alleged acts of impropriety by police personnel from outside. Banerjee urged the people to be alert against “any bid to incite communal riots” in Nandigram ahead of the polling on April 1.

“They (the BJP) have plans to kill their own people and pass it off as our handiwork to engineer riots. We have the information. Be on guard,” she said without naming the saffron party.

“Nandigram stood united in the battle against forcible land acquisition in which people from all communities participated. Be on guard against any bid to fuel tension by keeping any object in places of worship. We are all united. Defeat the riot mongers,” she said.

DMK and Congress will insult many more women in Tamil Nadu: PM Modi – Times of India