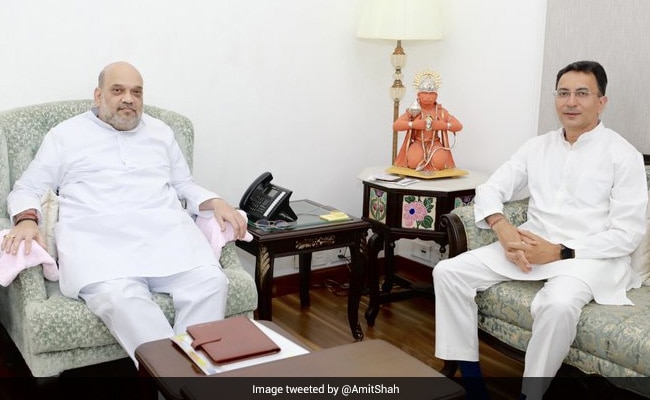 After Congress leader Jitin Prasada joined the BJP, former Uttarakhand Chief Minister Harish Rawat on Wednesday termed it as a ‘big slap on their face’ and expressed shock at how the former union minister called the Congress “family” a regional party.

Speaking to news agency ANI, Harish Rawat, a senior Congress leader, said, “Jitin Prasada joining BJP is like a big slap on our face. It is sad and disheartening. I am surprised that he called Congress “a regional party” and joined the party against which his family fought.”

His remarks came after Jitin Prasada joined the BJP in the presence of Union Railway Miniter Piyush Goyal at the party headquarters on Wednesday.

While joining the BJP, Mr Prasada had said, “I have a three-generation connection with Congress, so I took this important decision after a lot of deliberation. In the last 8-10 years, I have felt that if there is one party that is truly national, it is BJP. Other parties are regional but this is the national party.”

“I felt that what is the relevance of staying in a party if you can’t protect interests of your people or work for them. I felt I was unable to do that at Congress. I thank people in Congress who blessed me all these years but now I’ll work as a dedicated BJP worker,” he added.

“If there is any political party or a leader standing for the interests of the nation today, given the situation that our country is going through, it is BJP and Prime Minister Narendra Modi,” he had said.

Earlier on Wednesday, Jitin Prasada had held a meeting with Union Home Minister Amit Shah at his residence.

Jitin Prasada started his career with Indian Youth Congress as a general secretary. He was elected to the Lok Sabha in 2004 for the first time. He was also a minister in the UPA government at the Centre.

Mr Prasada’s departure is a fresh blow to the Congress party after another heavyweight leader of the party Jyotiraditya Scindia had joined the BJP in March 2020.

Bengal Doctor Reunites With Newborn After 10-Day Battle Against Covid