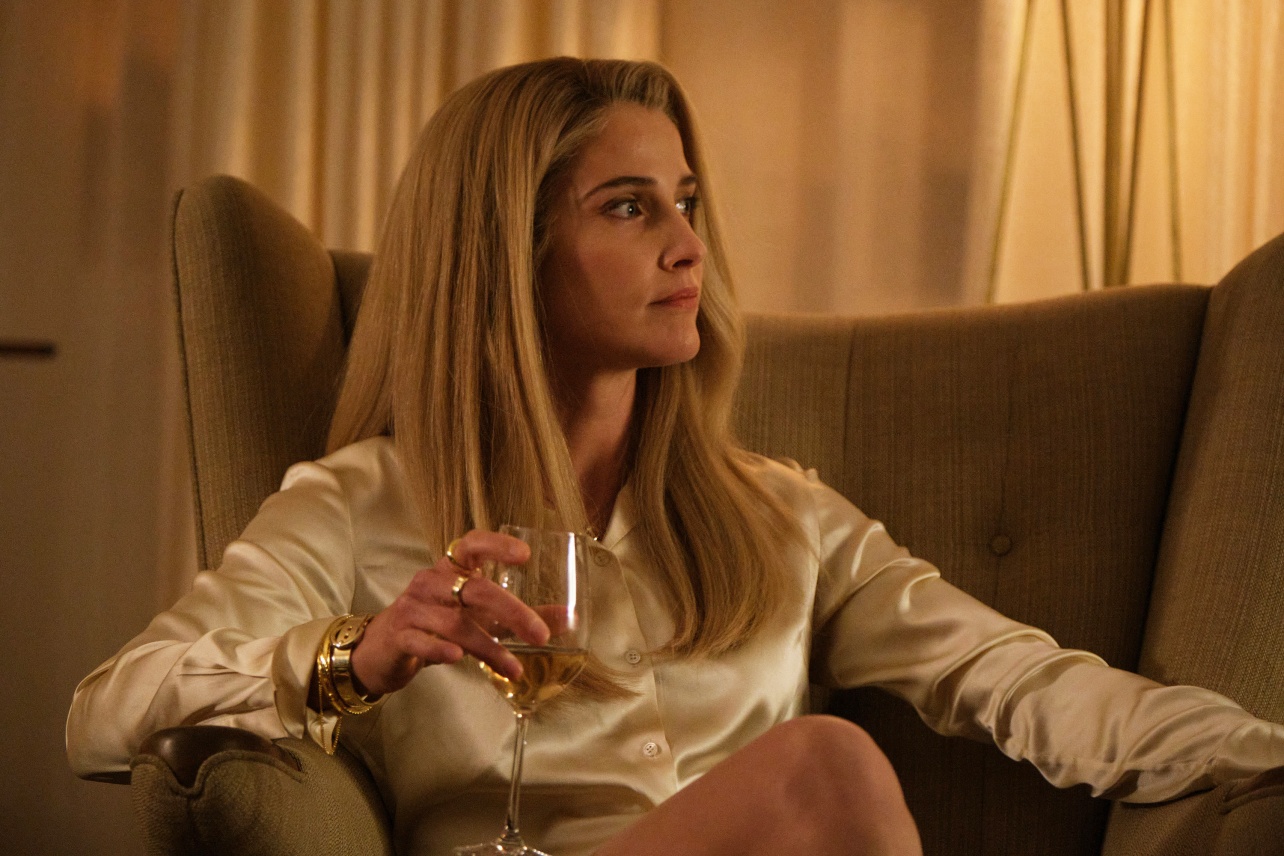 Every once in a while a show will emerge that will stand as a testament to great acting. American Crime Story has been one of those shows. Ever since Sarah Paulson and Sterling K. Brown embodied Marcia Clark and Christopher Darden, the show has stood as a showcase for great impressions and even greater performances. Cobie Smulders’ portrayal of Ann Coulter is both. Every word, mannerism, and look so obviously drips with Coulter’s brand of self-assured smugness it’s nearly impossible to see Smulders at all.

Smulders’ version of Coulter first appears in “Exiles” where, over a glass a wine, she talks to her husband about the Paula Jones case. But you don’t see her claws come out until tonight’s episode, “The President Kissed Me.” Halfway through the episode she struts into the war room where Jones’ attorneys are constructing her case. With a casual shrug of her shoulders she reveals that she was fired for MSNBC for insulting a disabled war veteran and she’s ready to work. As abruptly as she enters, Coulter devotes herself to the Paula Jones case and reframes this narrative in a way that will alter the course of history. As blunt as ever, Coulter says that she’s not in this to get an apology from the President. She’s here to make him to lie under oath. Her eyes are set on impeachment.

Paula Jones’ case did, in fact, launch Coulter’s media career. After she wrote a column about the case for Human Events, her friend George Conway asked her to assist as an unpaid legal advisor for the Jones case. Under the spotlight of a sexual harassment case against the President, Coulter’s brand of endlessly insulting and toxic conservatism took off. And Smulders nails her on every level.

It’s not that the How I Met Your Mother and MCU star nails Coulter’s voice, though she does. Every line is characterized by Coulter’s distinctively low Mid-Atlantic-inspired drawl. You could listen to clips of Coulter right alongside Smulders’ performance and barely spot a difference. That’s nothing to say of Smulders’ pitch perfect tone. Whenever American Crime Story‘s Ann Coulter opens her mouth, it’s hard not to shrink back in shame. That’s how palpable her absolute her disgust toward everyone around her is, a feeling that bleeds through the screen and seems to apply to the audience. No, what makes the performance great is that every moment of Smulders’ performance captures that smugness. Every gesture, every eyebrow raise, every cocky smile is like watching a Fox News interview with the real Coulter. The production value just happens to be better.

Playing a figure as electric, controversial, and biting as Ann Coulter is every actor’s dream. But Smulders doesn’t just pretend to be this history-changing pundit for the Republican party. She becomes her. Don’t be blinded by Sarah Paulson’s vitriol as Linda Tripp or Beanie Feldstein’s girlishness as Monica Lewinsky and ignore Smulders. She’s the one doing the real work.

New episodes of Impeachment: American Crime Story premiere on FX Tuesdays at 10/9c p.m. They will not be available on Hulu the day after their premiere.