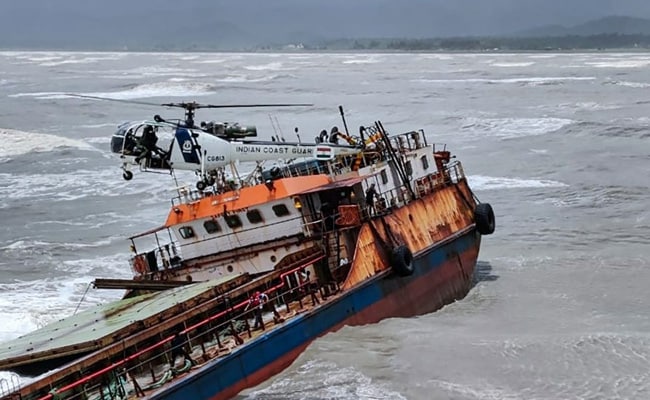 The Second Officer of the Indian-flagged MV Mangalam intimated the authorities in Mumbai early in the morning that the vessel, with 16 crew onboard, was sinking three km away from Revdanda jetty due to ingress of water.

“ICGS Subhadra Kumari Chauhan arrived in the vicinity of the distressed vessel at about 10.15 hrs. Moreover, CG helicopters also arrived at the location and commenced winching of the crew against the weather,” the release said.

All 16 crew were rescued and taken to Revdanda, it added.