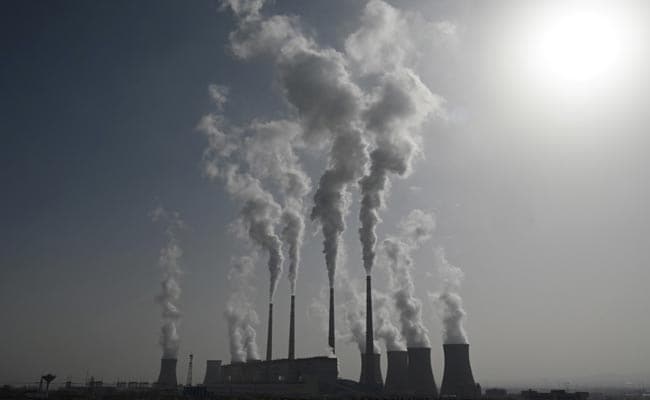 China’s CO2 emissions fell in the third quarter for the first time since the country reopened from Covid-19 lockdowns, research published Thursday showed, in what experts said could mark a carbon “turning point” for the country.

But the threat of economic slowdown could soon prompt authorities to turn to infrastructure stimulus measures, raising emissions again, the research by the Centre for Research on Energy and Clean Air (CREA) warned.

The world’s second biggest economy has vowed to peak emissions before 2030 and achieve carbon neutrality by 2060 — but authorities have struggled to wean the country off its dependence on fossil fuels.

China’s emissions fell dramatically in early 2020 due to sweeping quarantines aimed at curbing the coronavirus, then rebounded to higher than 2019 monthly levels as cities and factories reopened.

But in the third quarter of this year, the country recorded a 0.5 percent year-on-year decline in emissions from fossil fuels and cement — the first quarterly fall since the post-lockdown rebound, CREA analyst Lauri Myllyvirta found.

The decline was caused by a construction slump after Beijing cracked down on speculation and debt in the real estate sector, as well as high coal prices that resulted in power rationing across the country, Myllyvirta said.

“The drop in emissions could mark a turning point and an early peak in China’s emissions total, years ahead of its target to peak before 2030,” Myllyvirta said in his report.

But he warned that “if the Chinese government injects further construction stimulus to boost its economy, emissions could rebound once again, before peaking later this decade.”

While the coal crisis was “caused by ballooning coal consumption and price control policies,” the perception within the country that the transition to cleaner energy was to blame could make Beijing hesitant to strengthen climate targets until the coal crisis is fully resolved, Myllyvirta added.

The recent COP26 climate summit pushed China’s climate commitments into the spotlight, with critics accusing the world’s biggest polluter of not being ambitious enough in its emissions targets.

Earlier this month, parts of the country’s north saw heavy pollution after China said it had increased daily coal production by more than one million tonnes to ease the energy shortage.