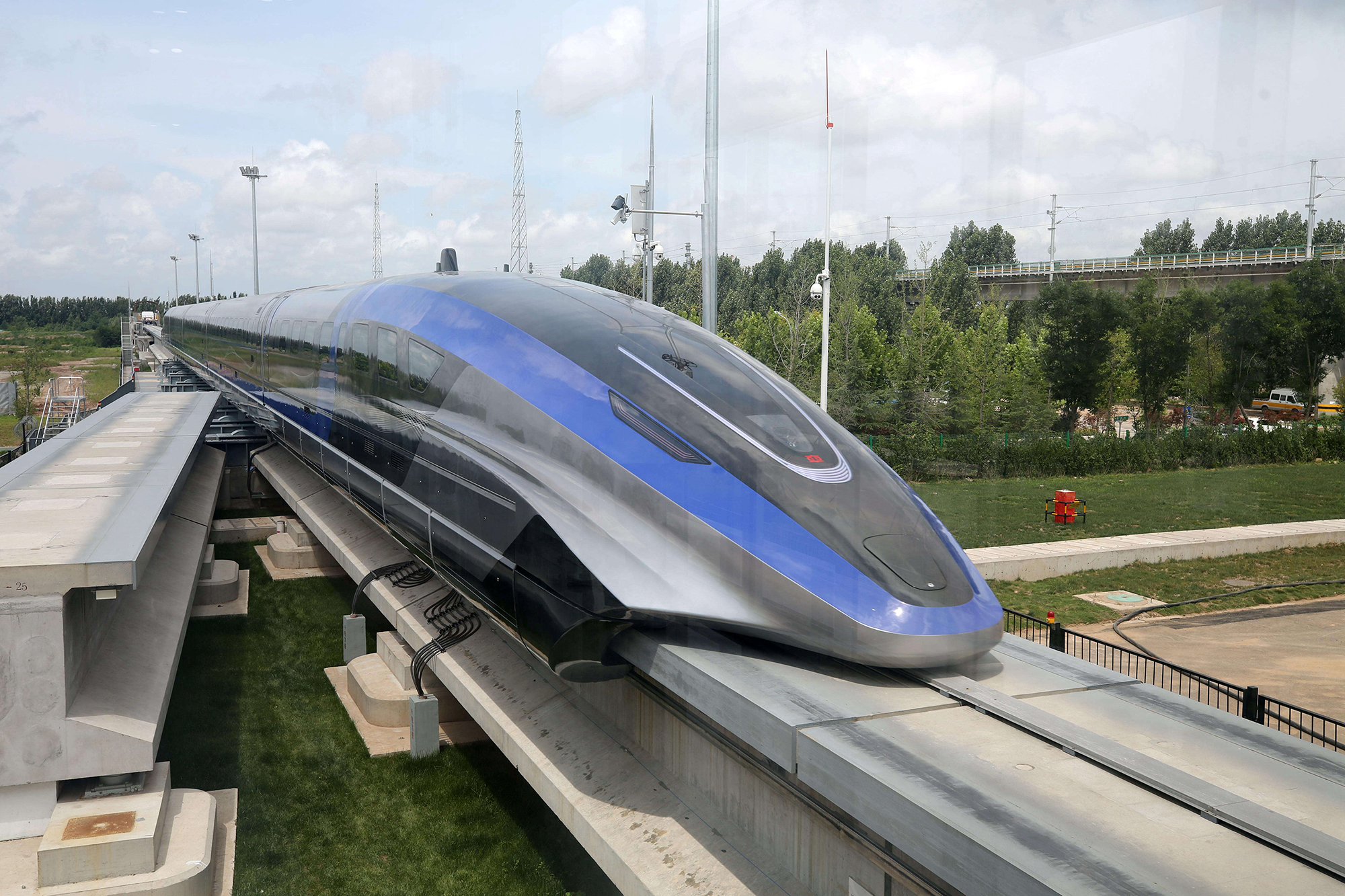 China unveiled a futuristic “levitating” train on Tuesday that has a top speed of 373 miles per hour — making it the fastest ground vehicle in the world.

By comparison, Tesla’s Model S Plaid — which the company bills as the fastest production car in the world — tops out at just 200 mph.

The Chinese train uses “maglev” technology, meaning electromagnetic forces allow the train to levitate above the track with no contact between body and rail. The lack of friction lets the train reach blistering speeds.

China has tested maglev technology on a limited scale for two decades, but has not yet constructed long-distance lines that would work with the new train, which state media said is a prototype that will be used for research.

At 373 mph, it would take just 2 and a half hours to travel from Beijing to Shanghai — a journey of more than 620 miles that currently takes three hours by plane.

By comparison, America’s fastest train — the Acela Express from New York City to Washington, D.C. — tops out at just 135 mph. At maglev speeds, that journey would take less than an hour.

The US has considered maglev lines in the Northeast Corridor, as well as between Philadelphia and Pittsburgh, but no project has made significant progress.

Other countries including Japan and Germany are also looking to build maglev networks, but high costs and incompatibility with current track infrastructure remain hurdles.

Elon Musk has pushed the idea of a “hyperloop” that shoots passengers in a pod through an airless tube at up to 600 mph. Billionaire investor and Musk pal Richard Branson tested the concept in a 100 mph trial run with two passengers in December, promising that he would one day shuttle passengers from New York City to Washington D.C. in 30 minutes.

However, Branson says his hyperloop will only be able to fit up to 28 passengers, compared to the many hundreds that can ride on a train.

Gunmen open fire at NYC vigil for baby who died of cancer: video