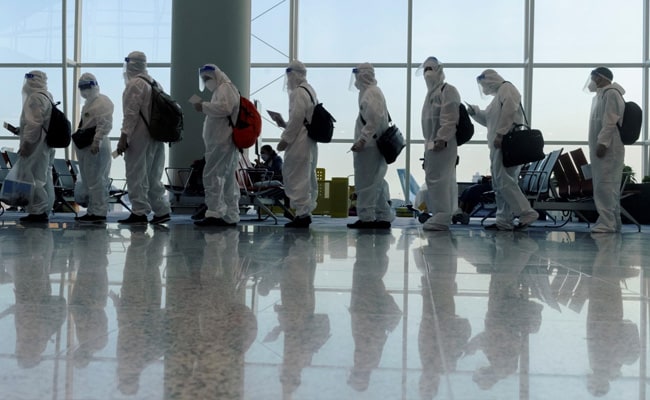 China on Tuesday reported the highest daily tally of new confirmed COVID-19 cases since January, driven by a surge in imported infections in Yunnan province, where cases are spilling over from an “alarming spike” in neighbouring Myanmar.

Mainland China recorded 65 new confirmed cases for July 19, compared with 31 a day earlier, the National Health Commission said in a statement. That was the most since Jan. 30, when 92 new cases were reported.

Imported infections accounted for most of the new cases reported for July 19, with Yunnan reporting 41 new cases originating from abroad, all of whom were Chinese nationals who recently returned from Myanmar.

The United Nations has said it is stepping up efforts to fight an “alarming spike” in infections in military-run Myanmar. The country registered a record 281 COVID-19 deaths on Monday, and 5,189 new infections, state-run MRTV Television reported.

The current bout of cases in Yunnan started on July 4, and has been concentrated in Ruili and Longchuan, two small cities on China’s border with Myanmar.

Ruili, battling its fourth outbreak since the pandemic started, reported seven new locally transmitted cases for July 19, while Longchuan had one.

Ruili is a key overland transit point for Yunnan, which has a 4,000 km (2,485-mile) border with Laos, Myanmar and Vietnam.

The Yunnan outbreak marks the second cluster of infections in China involving the highly contagious Delta strain, following an outbreak in southern Guangdong province through May and June.

Yunnan vice-governor Zong Guoying promised on Sunday to establish a “fortress of iron” to stop further transmissions as he visited Ruili.

In the prefecture of Xishuangbanna, which also shares a long and porous border with Myanmar, police have set up checkpoints on all roads to inspect all incoming and outgoing traffic.

Travel outside of Xishuangbanna’s urban centre of Jinghong was discouraged, and special permits were also required to enter neighbouring cities of Lincang and Puer, as well as Ruili, police told Reuters during a recent visit.

For mainland China, 19 asymptomatic coronavirus cases were detected on July 19, compared to 17 a day earlier. China does not count asymptomatic infections as confirmed cases.