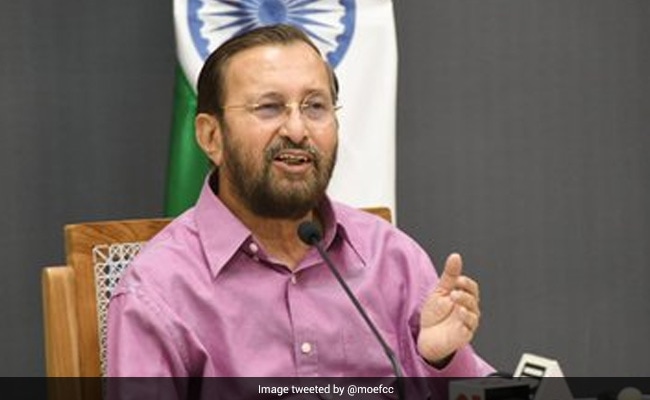 The Ministry has decided to recognize Statutory Bodies of TV channels under CTN Rules: Prakash Javadekar

The Centre has amended the Cable Television Network Rules to provide for a statutory mechanism for the redressal of complaints relating to content broadcast by the television channels.

The Information and Broadcasting (I&B) Ministry notified the Cable Television Networks (Amendment) Rules, 2021 in an official gazette on Thursday.

The ministry said the rules have been amended to provide a transparent statutory mechanism that would benefit the citizens.

“The @MIB_India has by amending the Cable Television Network Rules, 1994, developed a statutory mechanism to redress citizens’ grievances & complaints against programmes of TV Channels. The @MIB_India has also decided to recognize Statutory Bodies of TV channels under CTN Rules,” Information and Broadcasting Minister Prakash Javadekar said in a tweet.

At present, there is an institutional mechanism by way of an Inter-Ministerial Committee to address grievances of citizens relating to the violation of the Programme and Advertising Codes under the rules.

“Similarly, various broadcasters have also developed their internal self-regulatory mechanism for addressing grievances,” the ministry said in a statement.

However, it said, a need was felt to lay down a statutory mechanism for strengthening the grievance redressal structure.

Some broadcasters had also requested for giving legal recognition to their associations/bodies, it added.

“The Supreme Court in its order in WP(C) No.387 of 2000 in the matter of ”Common Cause Vs Union of India & Others” while expressing satisfaction over the existing mechanism of grievance redressal set up by the Central Government, had advised to frame appropriate rules to formalise the complaint redressal mechanism,” the ministry said.

The amended rules provide for “a statutory mechanism for redressal of the grievances/complaints of the citizens relating to content broadcast by television channels in accordance with the provisions of the Cable Television Network Act, 1995,” it said.

“At the same time, self-regulating bodies of broadcasters would be registered with the central government,” it added.

At present, the ministry said, there are over 900 television channels that have been granted permission. All of these channels are required to comply with the Programme and Advertising Code laid down under the Cable Television Network Rules.

The amendment to these rules is significant as it paves the way for a strong institutional system for redressing grievances while placing accountability and responsibility on the broadcasters and their self-regulating bodies, the ministry said.

Man Arrested For Killing Wife Over Dowry In Delhi: Police