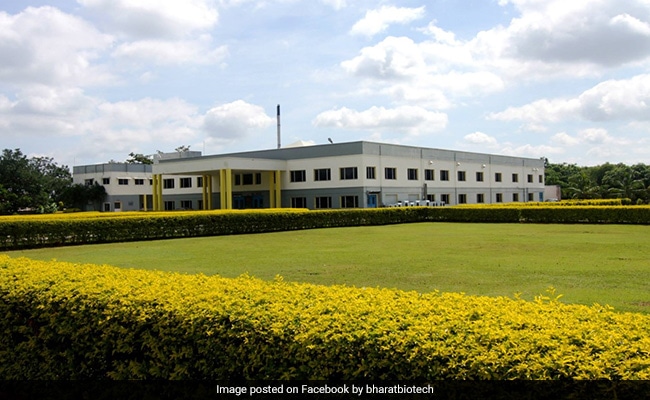 The registered office and plant of the company will be secured by a team of 64 armed personnel.

The Centre has accorded a security cover of armed CISF commandos for the Hyderabad premises of Bharat Biotech, one of the major COVID-19 vaccine manufacturers in the country, official sources said on Tuesday.

They said the registered office and plant of the company located at Genome Valley in the Shameerpet area of Telangana’s capital city will be secured by a team of 64 armed personnel of the paramilitary force.

The Union home ministry recently sanctioned a proposal to deploy the Central Industrial Security Force (CISF) at this facility, following which the force carried out a survey, sources told news agency PTI.

“The organisation is an important facility when it comes to ensuring medical and health security of the country and it obviously faces a terror threat from various inimical elements.

“The CISF, hence, has been tasked to secure the Bharat Biotech facility in Hyderabad,” an official said.

The force will be inducted at the facility on June 14, CISF Deputy Inspector General and Chief Spokesperson Anil Pandey told PTI.

Bharat Biotech is the manufacturer of COVID-19 vaccine Covaxin.

India at present is administering Covaxin and Covishield (manufactured by the Pune-based Serum Institute of India), apart from small doses of Sputnik V to its citizens to battle the coronavirus pandemic.

The CISF was allowed to secure private installations of public importance following the 2008 Mumbai terror attacks, where five-star luxury hotels and a Jewish Chabad house were targeted by members of the Pakistan-based terror outfit Lashkar-e-Taiba.

The force guards about 10 such facilities across the country, including the Infosys campuses in Pune and Mysuru, the Reliance IT Park in Navi Mumbai, and Yoga exponent Ramdev”s Patanjali factory premises in Uttarakhand’s Haridwar.

No Data Covid Will Seriosuly Impact Children In Future Waves

Nepal Has Not Ordered Any Ban Against Patanjali’s Coronil Kits: Official