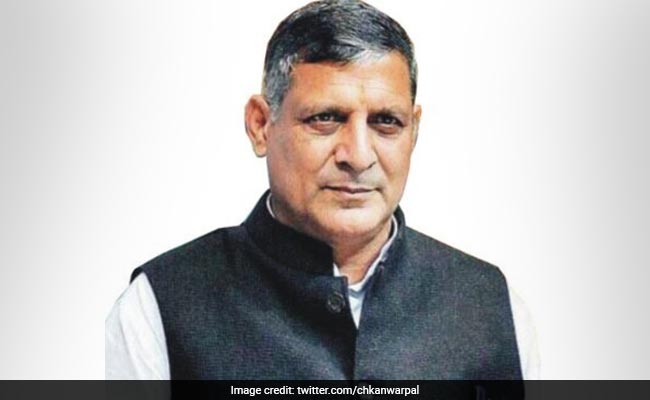 Minister Kanwar Pal skipped the meeting following the demonstration by the protesters.

The Haryana police have booked over 200 people protesting against the three central farm laws here a day ago during which they had blocked a road, forcing a state minister to skip a scheduled meeting in Ambala.

Education Minister Kanwar Pal was to chair a meeting on Monday at Panchayat Bhawan on the Ambala-Hisar national highway, which the farmers had blocked for a few hours.

The farmers had gathered for their protest when Mr Pal was scheduled to reach the venue to chair the district grievance committee’s meeting. The minister skipped it following the demonstration by them.

The farmers, protesting against the farm laws, had gathered near the Agarsain Chowk near the meeting venue and had also broken barricades in a bid to reach it, police had said.

City police station, Ambala, later lodged a case against the farmers who had demonstrated in front of Panchayat Bhawan.

Over 200 unnamed protesters were booked on charges of holding unlawful assembly, committing riots and assaulting a public servant and obstructing them in the discharge of their duty on a complaint by Sector 9 police station’s SHO Suresh Kumar.

In his complaint, the SHO said around 200- 250 farmers broke the barricades and also manhandled and assaulted him due to which he suffered an injury in his right hand’s thumb, the police said.

The SHO also said some of the farmers threatened him with dire consequences if he did not allow them to reach Panchayat Bhavan.

Farmers have been opposing the public functions of BJP and Jannayak Janta Party leaders in the state over the three farm laws.

Handicapping where Seahawks’ Russell Wilson plays next season
10 mins ago