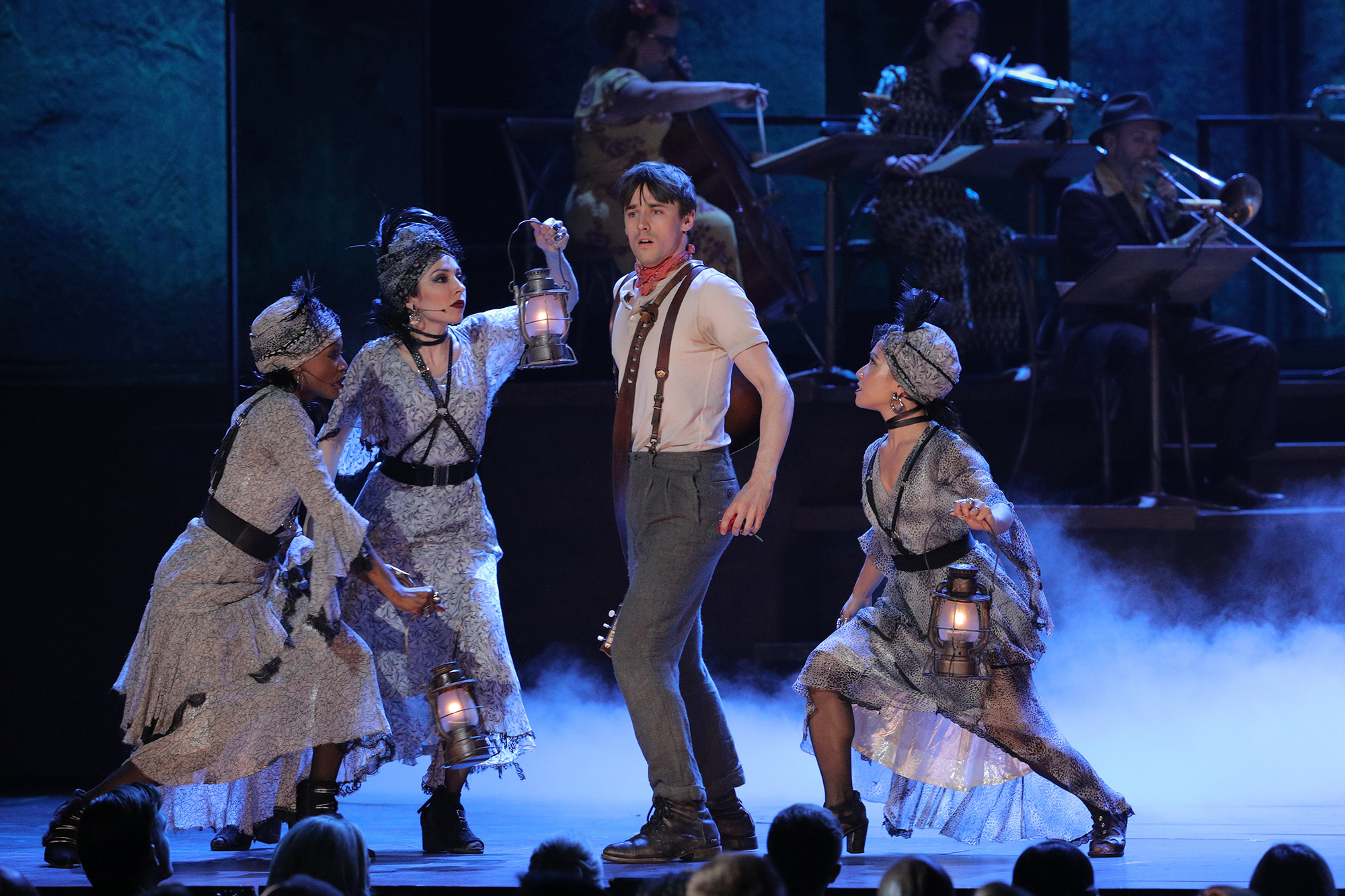 I am telling you that no guests will be allowed backstage. Nobody — unless they’re part of the performance. No pals, no anybody.

Tony winner “Hadestown,” early reopener, starts Sept. 2. It will require no rejiggering of roles due to baby-sitting the aftereffects of COVID. However, the extended time of at-home in-house eating means there will be altering or remaking costumes. With the possible forgetting of lines or space or props, even shows that have long showed are redoing tech rehearsals.

In the wings, eager to open in London before bringing it here, is Andrew Lloyd Webber’s new musical “Cinderella.” With that city not in great shape pandemic-wise, its government has withheld the OK to reopen theaters. Weary of waiting, His Lordship has informed these informees that he doesn’t give a fig what they say.

Bending ever so much, word comes down, 50 percent of seats is OK. His Lordship — still aggravated. Wants to fight, but can’t risk his cast and staff, so the show must finally go on. Previews bowing Friday.

Ahmir Khalib Thompson, a k a Questlove, just released an old film that is now a new documentary. Its original footage was born in 1969. Over six weeks. It was Woodstock. In Harlem. In what was then Mount Morris Park, now Marcus Garvey. On it: Mahalia Jackson, the 5th Dimension, B.B. King, Gladys Knight, Nina Simone, Stevie Wonder. It was an all-black concert and unseen until now. Title “Summer of Soul” and shot on prehistoric videotape.

“Those 40 hours of footage were kept from the public,” Quest says. “Blacks were always a creative force in our culture. Those efforts often got dismissed. I want to see that doesn’t happen anymore.”

NYC’s British Consulate General will celebrate LGBTQ Pride this weekend in a pop-up. They say it will utilize local businesses, out-of-work designers and artists and return vibrancy to New York streets.

Sounds great except for the British food menu. Like Spotted Dick and Toad in the Hole? Lotsa luck.

“The Birthday Cake” with Lorraine Bracco, Ewan McGregor, Val Kilmer, Paul Sorvino is mobbed up, family secrets and a slice of cake. And so Bracco was billeted in Memphis’ Peabody hotel, which is famous for its lobby fountain because this is where the Peabody ducks live. Morning and night they march to and from the hotel roof. Naturally they take the elevator. And then they get plopped into the now immortal lobby fountain. She says: “I stole all the duck soaps for my grandchildren. At least I know they’ll be clean.” To see “The Birthday Cake,” quack! It’s streaming.

And when you get a few minutes, give a look at Albany.

Helpful hint for parents hunting a last-minute graduation gift for their beloved child. Compile an informative booklet about that onetime high-priced Hollywood madam titled: “How To Work Out of Your Home.”

Bengal BJP Cautions Leaders Against Commenting On Division Of State