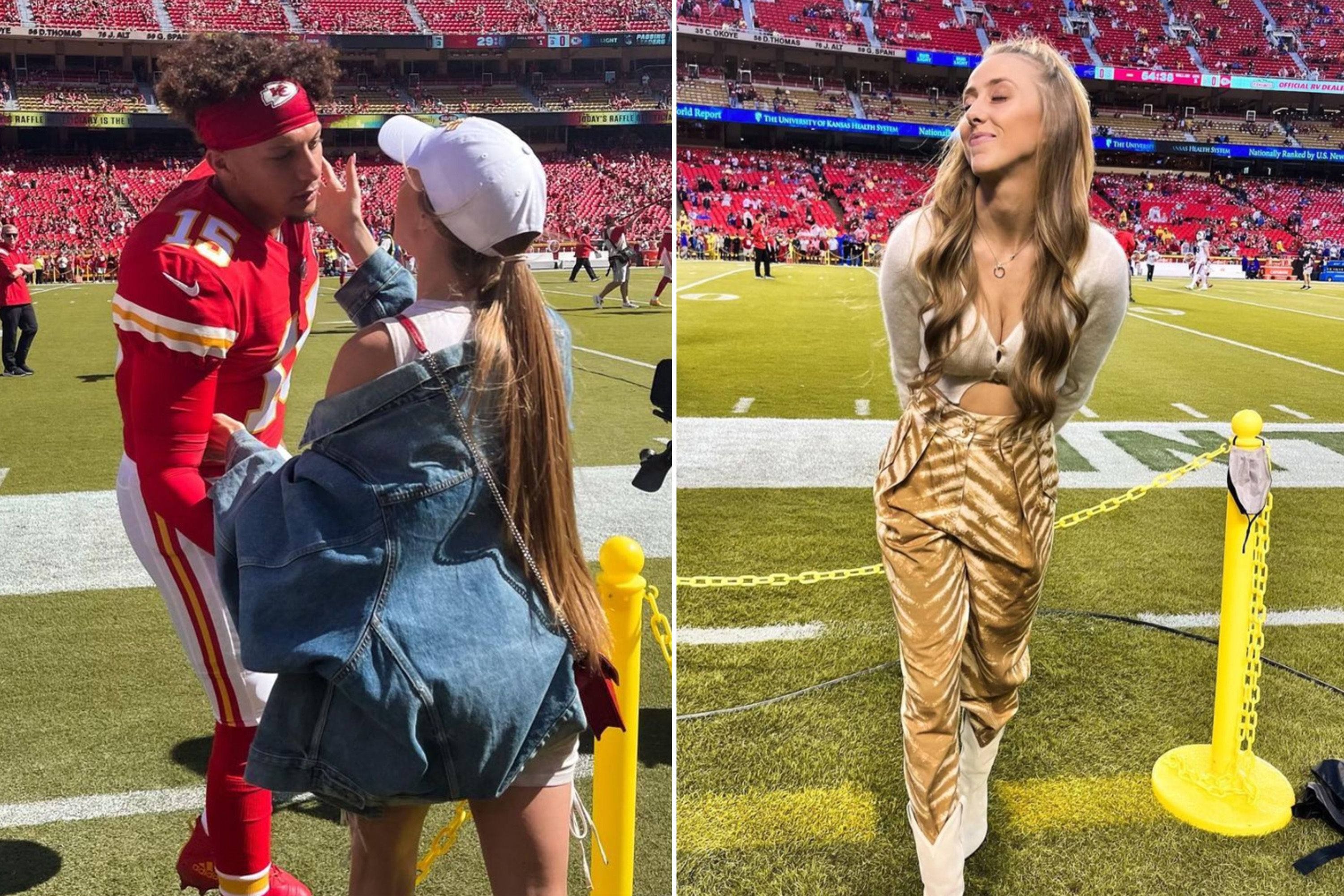 On Wednesday, the fiancee of Chiefs quarterback Patrick Mahomes shared a sweet set of photos, writing in her caption, “You” with a red heart emoji.

Matthews’ post includes a trio of snaps that showed the couple meeting for a kiss on the sidelines at Arrowhead Stadium.

The fitness trainer paid tribute to Mahomes just days after she went tit-for-tat with Chiefs fans on Twitter during the team’s 38-20 loss to the Bills on Sunday.

Matthews took to Twitter Sunday to complain that the “refs are never in our favor.” When Chiefs fans clapped back at her tweets, Matthews tweeted tweeted, “I said what I said. Y’all so mad.”

She also replied to a few Twitter users who weren’t in favor of her opinions about the game.

Fans have been critical of Mahomes, who has faced turnover troubles recently — committing six in the Chiefs’ past three games.