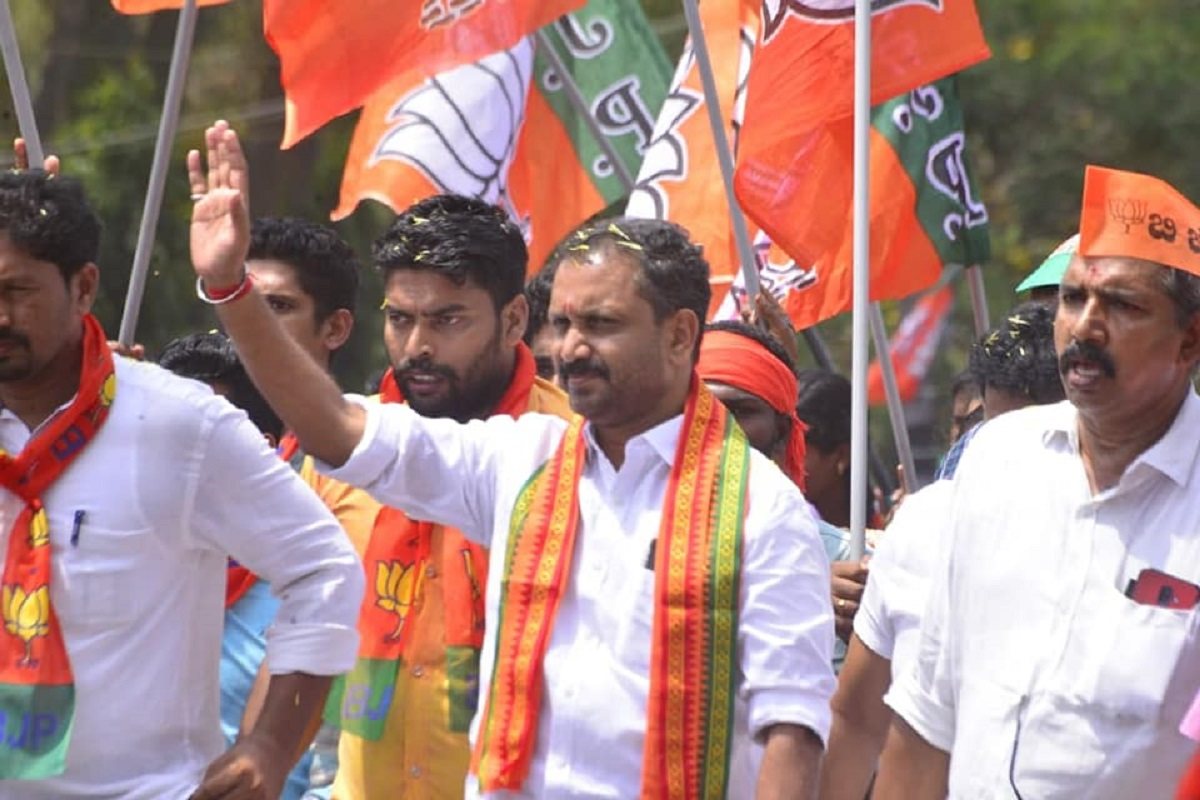 In the month of February, Kerala Bharatiya Janata Party (BJP) chief K Surendran said that his party needed only 35 to 40 seats to form a government in Kerala. In the last week, with just days to go for polling in Kerala scheduled on April 6, Surendran repeated the same claim while speaking to Asianet News. He said that the BJP would rule the state if they got 35 seats and further claimed that many leaders were not satisfied with the Left Democratic Front and United Democratic Front.

A party needs a simple majority of 72 seats id required for a party to form the government in the 140-member State Assembly. The BJP state president said that he was confident of forming a government with fewer seats as members from other parties would help him.

“Nobody in Kerala has a doubt that we would form a government if we get 35 seats. Many sitting in those two fronts (LDF and UDF) are not happy. They have no other option. In Congress also there are many (who are dissatisfied),” he told Sindhu Sooryakumar of Asianet News.

When asked about why no Congress MLA had joined the BJP yet if that was the case, Surendran said that it would happen after the election results on May 2. “In Congress, many are waiting. They are not happy with the front,” he added.

Responding to a question about imitating what happened in Puducherry in Kerala and whether he thought it was a good democratic practice, Surendran did not directly answer the question and repeated that many would voluntarily join NDA, if 35 seats were won.

Several Congress MLAs had resigned in Puducherry, allegedly at the behest of the BJP, and the government had collapsed. “The BJP has been using unethical means and taking the help of investigating agencies to topple governments. They want to destabilise governments led by opposition parties by hook or crook. They do not allow elected governments to function,” Dinesh Gundu Rao, the in-charge for Congress affairs in Puducherry and former Karnataka MLA told the media after the government collapsed in Puducherry.

He also alleged that many of the legislators were threatened personally by Home Minister Amit Shah. After six MLAs resigned, the V Narayanasamy-led government collapsed and he resigned as Chief Minister. In one year, this was the second loss to Congress, as in March, a similar thing had happened in Madhya Pradesh.

From Surendran’s words, the Kerala BJP is hoping for a similar move in the state. “We have seen local level workers from Congress joining BJP. Similarly, there will be displeasure at the top too. We are okay to accept MLAs from other fronts. So if we manage to get some seats, there is this possibility,” said a local BJP leader from Nemom, the only constituency where the party holds power in the state at present.

Surendran’s statement has triggered a row, with Left parties in Kerala dubbing it undemocratic.

“They are planning a Puducherry model here. This is what they did in Puducherry and Madhya Pradesh. They think that they can buy Congress MLAs with money. It is a challenge to democracy,” MB Rajesh, a former MP from the CPI(M) told TNM.

It was in March 2020, that the Kamal Nath-led government in Madhya Pradesh had collapsed after 22 MLAs resigned from the Assembly. Many of them were Jyotiraditya Scindia loyalists and were re-elected in subsequent bye-polls on BJP tickets. Since 2014, MP was the fifth state where the BJP turned its status from a minority party to a majority.

In Karnataka too, the BJP initially won 104 seats in the 2018 Assembly elections while the Congress and JD(S) had 120 MLAs on its side. JD(S) chief HD Kumaraswamy was sworn in as the Chief Minister but 14 months later, 17 Congress and JD(S) MLAs resigned and the government collapsed. The Yediyurappa-led party then got in touch with several legislators of the coalition and independents and managed to form the government.

In 2017, in Manipur, BJP had won 21 seats in the 60-member Assembly and the Congress won 28 seats. But BJP formed a government with the support of four MLAs of its ally National People’s Party, another five MLAs from regional parties and one MLA from Congress.

In 2014 in Arunachal Pradesh, Congress won a majority of 44 seats. Following this, Pema Khandu, a Congress MLA who was also son of two-time Chief Minister Dorjee Khandu, left the party with a group of MLAs and formed the People’s Party of Arunachal Pradesh (PPA). The party later joined the BJP-led North-East Democratic Alliance.

In 2016, he returned to Congress with his MLAs and became CM. He later again went back to PPA with 33 Congress MLAs. He then formally joined the BJP and took the 33 MLAs with him. In 2019, the BJP managed to get 41 of 60 seats and Khandu formed the government. Congress then got only four seats.