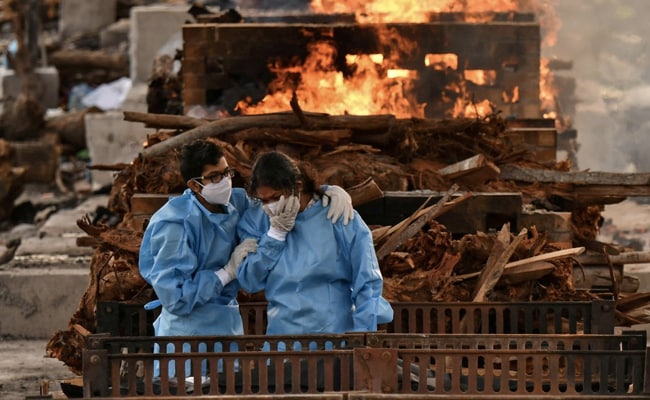 Bihar on Wednesday reported that the number of deaths across the state in pandemic was 9,429.

Bihar’s massive revision in its Covid deaths figure to over 9,000 has become controversial with the 72 per cent jump raising more questions.

The Nitish Kumar government on Wednesday reported that the number of deaths across the state in the pandemic was 9,429, a dramatic spike that also impacts the Centre’s daily Covid death figures.

The Patna High Court had asked for an audit of casualties in the April-May second surge of Covid amid allegations that the Bihar government was hiding the scale of infections and deaths in the state.

New figures after the three-week audit imply that while 1,600 people died of Covid in Bihar between March 2020 and 2021, the number of deaths from April to June 7 this year was a staggering 7,775, about six times more.

The state’s Health Department, which had earlier put the number at 5,500, said about 72 per cent more had been added after verification from all districts. It gave a break-up from 38 districts but did not specify when these additional deaths took place.

The most deaths, according to the new figures, took place in state capital Patna – 2,303. The city also accounted for the highest number of “additional deaths reported after verification”.

The opposition in Bihar has been accusing the state government of fudging figures to hide its failure.

1 In 2 Indian-Americans Faced Discrimination In Past 1 Year: Report

US, European Union To Commit To End Disputes, Seek Progress On Covid Study