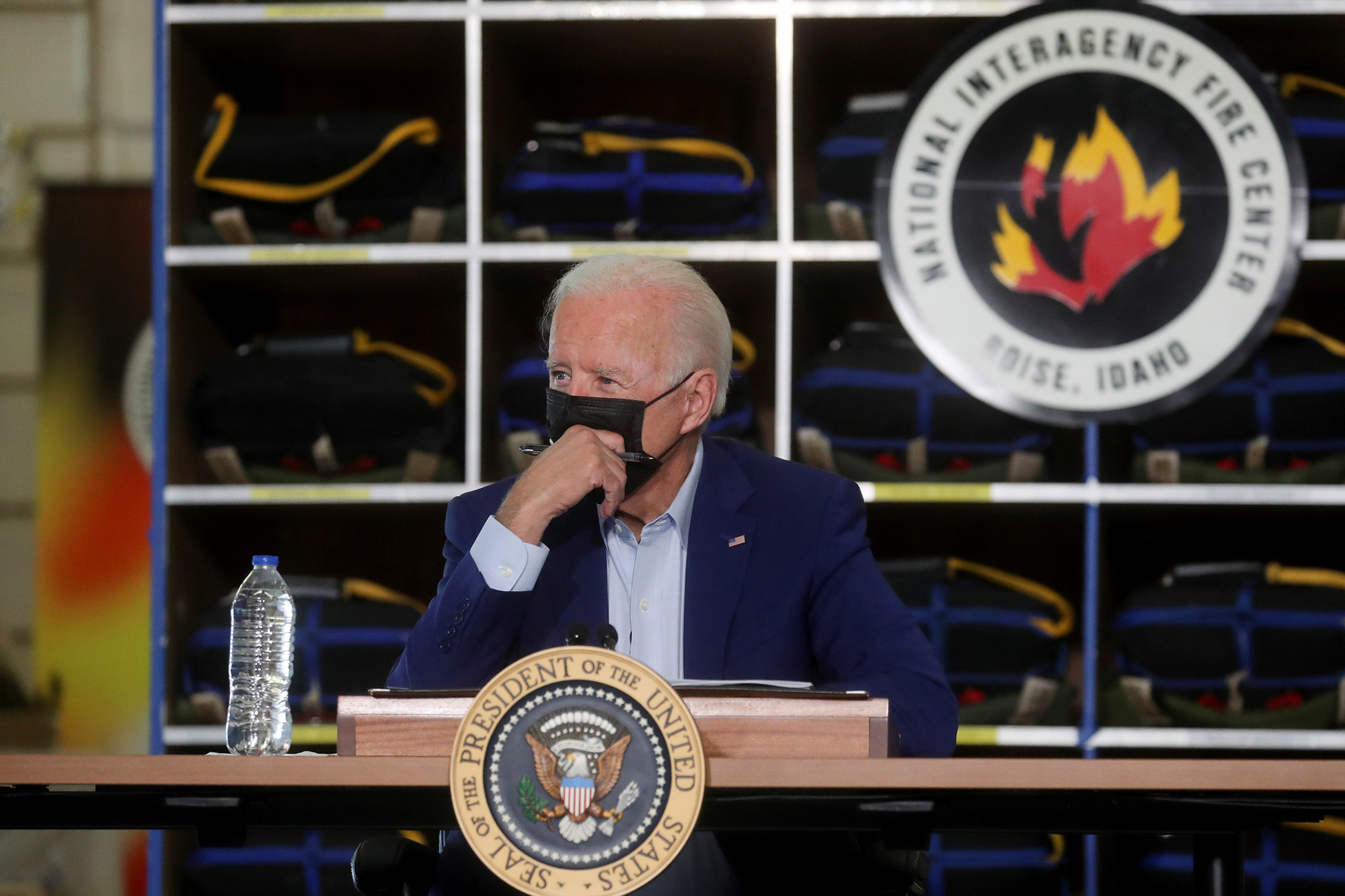 President Biden said at a wildfire-focused event in Idaho Monday that his “first job offer” came from the local lumber and wood-products business Boise Cascade, but the company says it has “no record” of that being true.

Biden, who is famous for his recollection of things that did not happen, didn’t specify a year or job position, but said that he regularly mentioned it the the late Idaho Sen. Frank Church (D-Idaho), his Senate colleague from 1973-1981.

“I used to tell Frank Church this, I got a — my first job offer, where I wanted — my deceased wife and I wanted to move to Idaho because — not a joke — it’s such a beautiful, beautiful state. And I interviewed for a job at Boise Cascade,” Biden said.

He added: “And in the meantime there was a war going on. Anyway. But the whole point was that I used to always kid Frank.”

But Boise Cascade spokeswoman Lisa Tschampl told The Post, “We have no record of President Biden’s application or of him having worked for the company. “

Tschampl said that “we checked our system internally and nothing has turned up.”

The White House did not immediately respond to a request for comment and The Post was unable to locate any prior record of Biden mentioning the company.

It’s unclear where the Idaho lumber application would fit in the president’s Delaware-centric legal and political career.

Biden graduated from Syracuse University’s law school in 1968 and received a medical deferment from the Vietnam War draft due to a history of asthma. He then worked as a law clerk and public defender in Delaware before he joined the New Castle County Council in 1970.

In 1972, Biden was elected to the US Senate. His first wife died in a car crash shortly after his Senate election victory.

Tschampl, the corporate spokeswoman, allowed that it’s possible Biden did seek employment with the company but that records were lost when the company dropped some of its past projects, such as concrete, plastics and textile divisions.

“We had a diverse portfolio in the 60s and early 70s… so my guess is any records have been purged or transferred for the businesses/projects we are no longer involved in,” she said.

“I would not want to speculate about what type of role he may have applied for in 1972. Today we are a wood products manufacturer and wholesale distributor of building materials.”

Biden has a record of inaccurate or embellished claims. He dropped out of his first presidential campaign in 1988 due to a scandal involving plagiarism of speeches and a law school paper and controversy about claims about his academic record.

But as the nation’s oldest-ever president, Biden’s mental acuity also is a frequent matter of public debate.

Biden this month falsely claimed that he remembered “spending time at” and “going to” the Tree of Life synagogue in Pittsburgh after the October 2018 mass murder of 11 people. After the synagogue said that he did not visit, the White House said he misspoke and was referring to a 2019 phone call with the congregation’s rabbi.

In one infamous misstatement, Biden in 2020 claimed he “had the great honor of being arrested” in South Africa when he was “trying to get to see [Nelson Mandela] on Robbens Island,” where Mandela was in prison until 1990. He said Mandela thanked him for it. Later, he admitted that it was untrue.