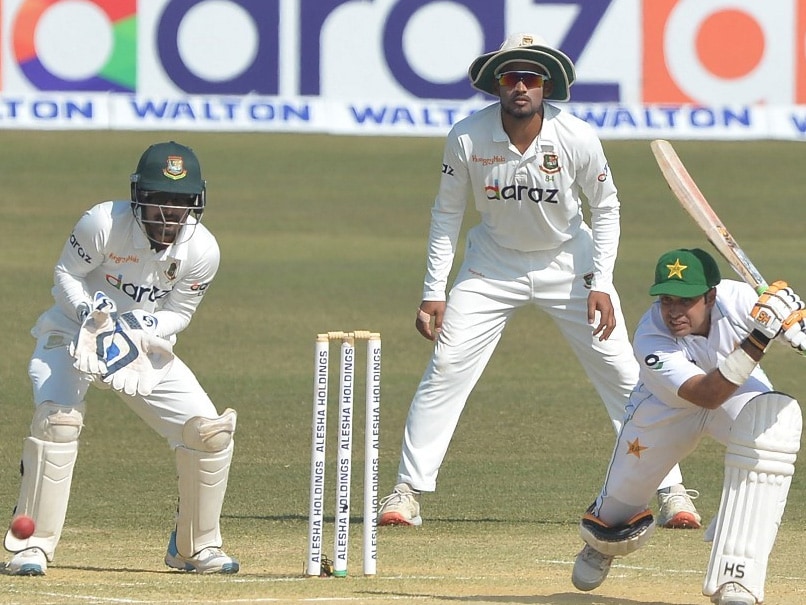 BAN vs PAK: Opener Abid Ali missed out on a second ton in the first Test.© AFP

“Our thought process was to stay at the wicket and put up a partnership. I have been playing domestic cricket and performing well, that’s what I carried into this game. He (Abdullah Shafique) played really well and he used to tell me when I made mistake,” said Abid Ali after the match.

“I was praying for him and hopefully he keeps batting like this. I am happy that Pakistan won the game, but a little disappointed that I couldn’t get that second hundred,” he added.

With this win, Pakistan has gained a 1-0 lead in the two-match series. Heading into Day 5 of the Test, the visitors needed just 93 more runs for the win and the opening batters made light work of the chase.

Resuming Day five at 109/0, overnight batters Ali and Shafique started from where they left off and the duo kept Bangladesh bowlers at bay. However, the 151-run opening stand finally came to an end in the 43rd over as Mehidy Hasan dismissed Shafique (73).

Abid (91) failed to reach the three-figure mark and Pakistan lost its second wicket, still, 31 runs away from the target. In the end, it was Azhar Ali (24*) and skipper Babar Azam (13*) who took Pakistan over the line by nine wickets in the first session on Tuesday.

India’s Tour of South Africa On As Of Now: BCCI Treasurer