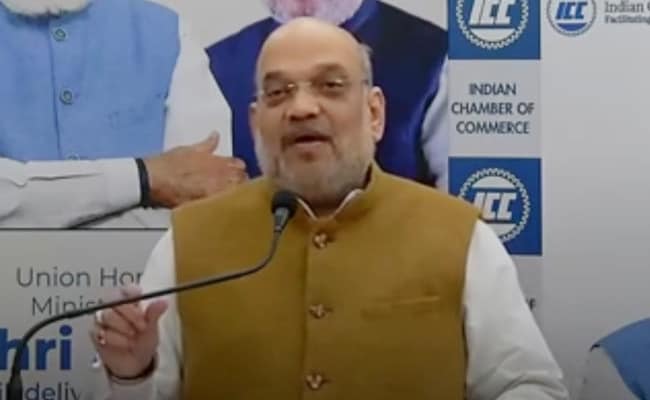 Winter session of Parliament is scheduled to begin on Monday (File)

The meeting was held at Defence Minister Rajnath Singh’s home, and included discussions on (what will certainly be an explosive) the withdrawal of the three controversial farm laws.

Parliament’s winter session begins Monday, with a bill to scrap the farm laws among 26 listed for passing. Others include the contentious cryptocurrency bill and another to reduce the government’s stake in public sector banks from a majority of 51 per cent to just 26 per cent.

The bill to scrap the farm laws – which were passed in last year’s monsoon session and have been the subject of fierce protests since – was cleared by the Union Cabinet this week, and will be closely scrutinised by an opposition set on interrogating the government every step of the way.

The cryptocurrency bill and that to slash stakes in PSBs will likely also trigger furious debates.

Meanwhile, across the aisle, the opposition is in a huddle of its own.

The Congress will hold a meeting of its Parliamentary group today, to be chaired by Sonia Gandhi.

With multiple state elections due next year, including in the politically key state of Uttar Pradesh (and a general election in 2024), the party intends to question the government on a variety of issues, from the farm laws to inflation, and from the Covid pandemic to the economy.

Earlier today Prime Minister Narendra Modi took a swipe at the Congress, as he addressed what was billed as an ‘all-party meet’ on the occasion of Constitution Day. Attendance, however, was sparse after the Congress, the Trinamool and 12 others skipped the event to underline their united front.

Although he did not name the Congress, the Prime Minister referred to a “party for the family, by the family” and declared “… it isn’t good for democracy”.

The parties that stayed away included the Shiv Sena, the NCP, the DMK, the RJD and the Left.

The opposition lost no time hitting back, with Congress MP Manickam Tagore telling NDTV: “This government (led by the BJP) does no respect the Constitution”.

The early exchanges of fire continued with Union Minister Arjun Ram Meghwal calling the boycott “disrespect to the Constitution of India”. “This proves that the Congress can only respect leaders from the Nehru family and no other leader, including BR Ambedkar,” he said.

Ahead of the winter session, the Congress isn’t the only party to take pot-shots at the government.

Trinamool MP Derek O’Brien, whose comments about the government bulldozing bills were widely shared last time, dusted some of those off and posted them online. Today he posted a video of himself asking “a seemingly silly question… on the floor of Parliament… just a few months ago”.

On the floor of #Parliament just a few months ago, I asked a seemingly silly question about two books. One of them was The Constitution of India. Which was the other!