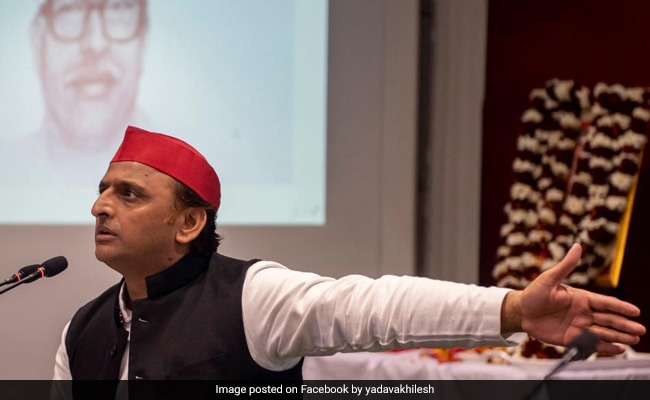 Samajwadi Party president Akhilesh Yadav on Tuesday accused the Uttar Pradesh government of hiding the actual number of deaths due to COVID-19.

Through this, he said, the BJP government is actually hiding its face.

Mr Yadav’s remarks came a day after a report claimed that the death count due to COVID-19 in 24 districts of Uttar Pradesh from July 1, 2020 to March 31, 2021 was up to 43 times higher than the official figures.

Its findings are based on a comparison of the official death count in these districts during the nine-month period with the excess deaths registered in the state’s Civil Registration System (CRS). The mortality data was accessed through a Right to Information (RTI) application.

In a tweet in Hindi, Mr Yadav said, “According to information accessed through the Right to Information, it has come to light that the death count in 24 districts of Uttar Pradesh in the nine months of the pandemic till March 31, 2021 is up to 43 times higher than the government figures.”

“Actually, the BJP government is not hiding the death figures but its face,” he said.

Will Participate In PM’s Kashmir Meeting On Thursday: Gupkar Alliance

Vaccinated Brits Could Be Back On Europe’s Beaches Soon: Minister