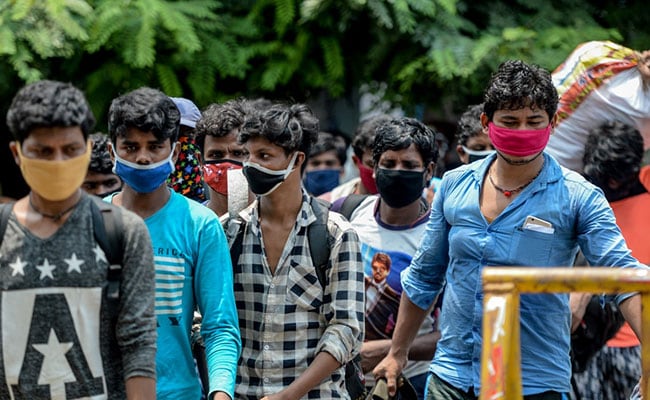 The main opposition AIADMK on Tuesday urged the Tamil Nadu government in the state Assembly to create one lakh beds for children to tackle the third wave of COVID-19, if it was to emerge.

Medical Minister Ma Subramanian said all steps were being taken and an excellent infrastructure has been created to tackle any such eventuality.

“There will not be a third wave and such a thing should not happen and even in case of a third wave, Tamil Nadu is ready to handle it,” the Minister said replying to opposition MLA, C Vijayabaskar, who was the Health Minister in the previous AIADMK government.

Chief Minister M K Stalin was interacting on a daily basis on the matter and besides giving instructions, he was also making field visits to review the situation and he has inspected a ward in a children’s hospital here as part of the overall efforts, the Minister said.

In the past one and a half months, after the DMK government assumed office, 79,618 new beds have been created and be it oxygen plants, concentrators, generators and cylinders, in every way, an excellent infrastructure has been created, he said.

Tracing the efforts of the government ever since it took office, Mr Subramanian said on the day when DMK came to power, 26,465 was the number of COVID-19 cases in Tamil Nadu and on May 21, it went up to 36,184.

Mr Stalin, however, began taking action even before he formally took over as Chief Minister by holding consultations with officials and right from the day he was sworn-in, he took a slew of measures to effectively handle the pandemic and such initiatives has led to a fall in virus cases, the Minister said.

While 7,427 was the fresh cases reported on Monday, it would further reduce soon and fade away, he said.

The Minister listed Mr Stalin’s pandemic related efforts like dedicating additional medical infrastructure in the state including beds and launch of car-ambulance services.

On the vaccination front, he said from January 16 when the exercise began and till May 7, the daily average for vaccine doses was 61,441 and it has now increased to 1,34,926 per day due to government initiatives, he said.

In a single day, vaccination has been administered to as many as 3,96,000 people on Monday and it is a good news and an achievement, and the state has got infrastructure to vaccinate 7-8 lakh people per day, Mr Subramanian said.

Mr Vijayabaskar, speaking on the motion of thanks to Governor’s Address, said if a third wave of COVID-19 was to emerge, medical infrastructure should be in place to tackle it. In Tamil Nadu, there are about two crore persons below the age of 18 and they are not vaccinated.

Even if ten per cent of them (20 lakh), were going to be affected in the eventuality of a third wave, ten per cent out of them (two lakh) may need hospitalisation and hence the government should create at least, one lakh beds for children, the AIADMK legislator said.

If children are admitted, their mothers may also have to be present in hospital and arrangements to handle such a scenario also should be made, he said. Vaccination is allowed, presently, only for those aged 18 and above.