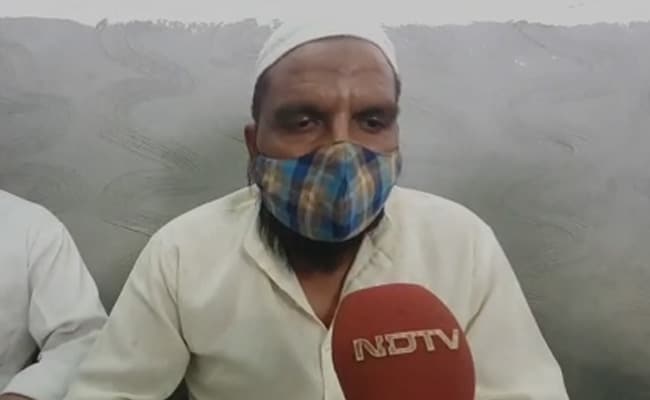 Hours after a case was filed in Uttar Pradesh’s Ghaziabad against Twitter and eight others, including journalists and Congress leaders, over allegedly “provoking communal sentiments” and posts linked to an elderly man’s assault, a new twist has emerged in the controversy. The family of Abdul Samad, the elderly Muslim man who was attacked, has denied police’s claims that he sells amulets.

Abdul Samad had alleged he was forced to chant “Jai Sri Ram” and “Vande Matram” and his beard was cut off by the accused when he was taken to a forested area and locked up in a hut on June 5. The UP Police, however, denied any “communal angle” in the case, adding that he was beaten up over the amulets he sold to some men.

He was attacked by six men – Hindus and Muslims – and he knew them, police insisted. Journalists Rana Ayyub, Saba Naqvi, and Congress leaders Salman Nizami, Shama Mohamed and Maskoor Usmani are among those who have accused of sharing “misleading” posts – linked to the incident – that were re-tweeted by thousands of people, according to the FIR. Twitter has been accused of taking no action over the posts.

His son, however, has refuted the police’s claims. “The police is wrong is saying that my father used to sell ‘tabeez’ (amulets). No one in our family does this business. We are carpenters. The police are not saying the right thing – let them investigate and prove it,” said Babloo Saifi, Abdul’s son.

He further said: “We filed a FIR with the Loni police station on June 6. A cop told us – ‘Chacha’ what is the big deal if your beard got cut off. A friend who went with my father got angry and told the cop the beard is sacred for many Muslims.”

Three people have been arrested so far in the assault case. “When we investigated this further, we found that he came on June 5 from Loni border area. From there, Abdul Samad, who makes amulets, went to Hazipur village. He already knew the accused. The men, who were upset with him, had called him,” Ghaziabad police officer Iraj Raja is heard saying in an official video statement.

The FIR against Twitter and eight others has been filed under IPC sections 153 (provocation for rioting), 153A (promoting enmity between different groups), 295A (acts intended to outrage religious feelings), 505 (mischief), 120B (criminal conspiracy) and 34 (common intention) against them.

Journalist Rana Ayyub tweeted this afternoon: “I shall wait for the truth to prevail at the earliest.

Union Minister Ravi Shankar Prasad in series of tweets today said “what happened in UP was illustrative of Twitter’s arbitrariness in fighting fake news”. “While Twitter has been over enthusiastic about its fact checking mechanism, it’s failure to act in multiple cases like UP is perplexing and indicates its inconsistency in fighting misinformation,” he added.