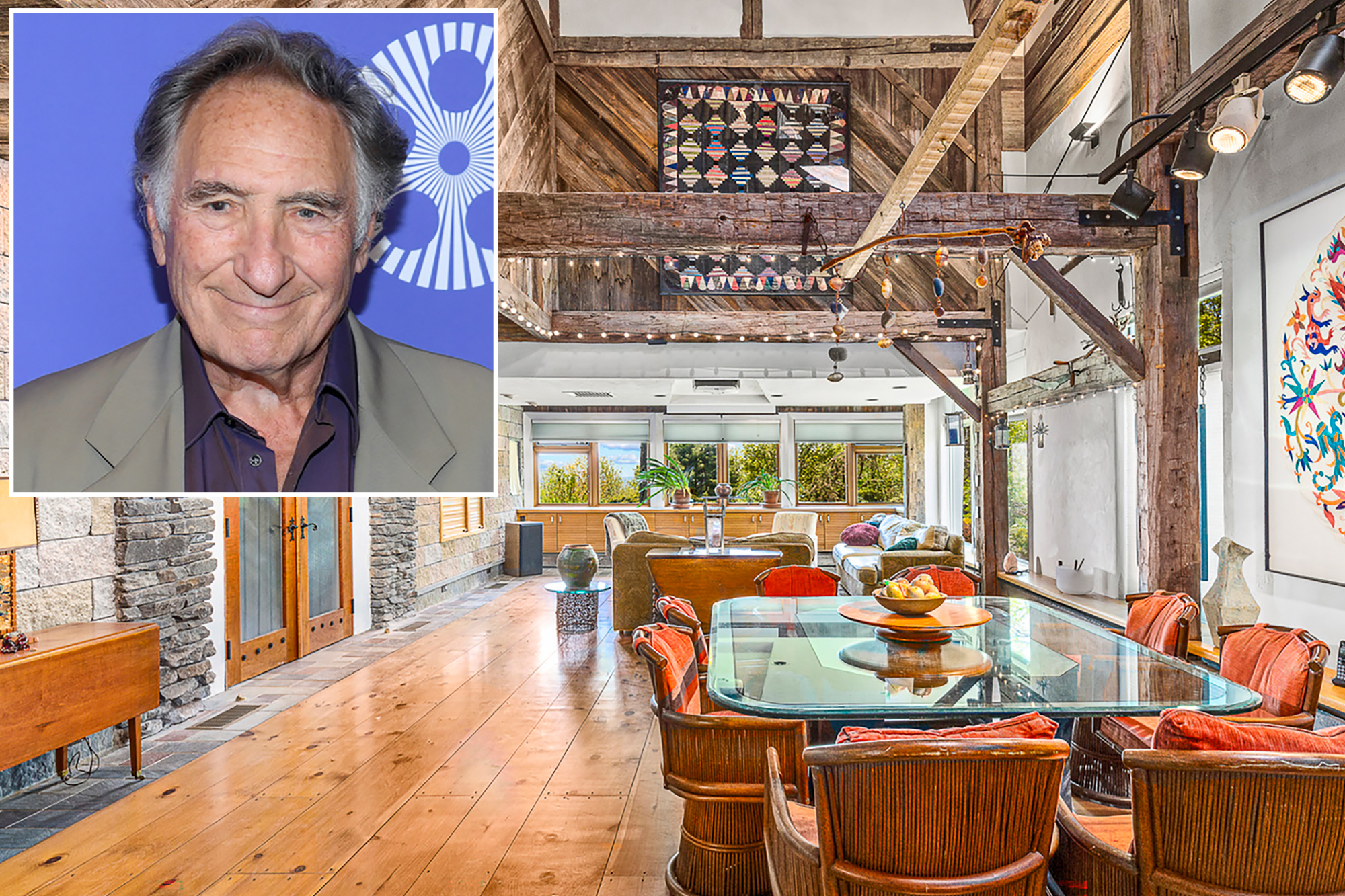 Award-winning actor Judd Hirsch, a Bronx-born army vet with a physics degree, has put his charming mountaintop compound on the market for $4.49 million.

He bought the initial parcel of land of 44 acres for $56,000 in 1983, and built the 5,600-square-foot home from the ground up — 2,271 feet above sea level, with views of three mountain ranges: the Catskills, Berkshires and Shawangunks.

Hirsch made his name as beloved New York City taxi driver Alex in the sitcom “Taxi.” He’s also been in films including “Running on Empty,” “Independence Day,” “A Beautiful Mind” and many other television shows, like “Dear John.”

Hirsch and his wife Kathryn love the area and aren’t leaving, Waring says, but they are looking to downsize.

The home, built in 1985, features a great room with cathedral ceilings and 200-year-old barn beams and many of the rooms have similar beams collected from five disassembled barns.

Along with the main house, which comes with an indoor pool, there’s a pool house with a stone fireplace, kitchen, gym, hot tub, two full baths and an outdoor pavilion with a stone barbeque grill.

In addition, there’s a  studio with a lounge by a spring-fed pond filled with bass, catfish and trout and an irrigation pump for landscape watering.

One detached two-car garage comes with a workshop and apartment above it and another three-car garage features a large one-bedroom apartment.

The compound includes a solar farm-to-power field, 20 geothermal wells for heating the main residence and an indoor heated pool.