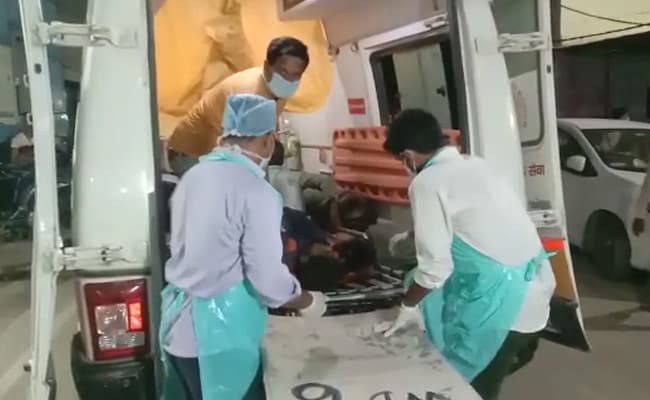 The injured are being treated at Kanpur’s Hallet hospital, an official said.

At least 17 people were killed and five others were injured in a collision between a minibus and a JCB loader in Kanpur on Tuesday evening.

“The bus was travelling to Delhi from Lucknow when the accident happened in Kanpur’s Sachendi area,” Mohit Agrawali, IG range Kanpur, informed. The injured are being treated at the city’s Hallet hospital, he said.

Uttar Pradesh Chief minister Yogi Adityanath has expressed sorrow over the accident and announced a Rs 2 lakh compensation to the families of the victims.

PM Modi has also announced Rs 2 lakh aid for the family members of those who have lost their lives in accident and Rs 50,000 for the injured from the Prime Minister’s National Relief Fund.

Prime Minister @narendramodi has announced an ex-gratia of Rs. 2 lakh each from the PMNRF for the next of kin of those who have lost their lives due to a tragic accident in Kanpur, Uttar Pradesh. Rs. 50,000 would be provided to those injured.

The Prime Minister also expressed his condolences to the families of the victim and wished the injured a speedy recovery.

392 Oxygen Expresses Deliver Over 27,000 MT of Medical Oxygen Across Country