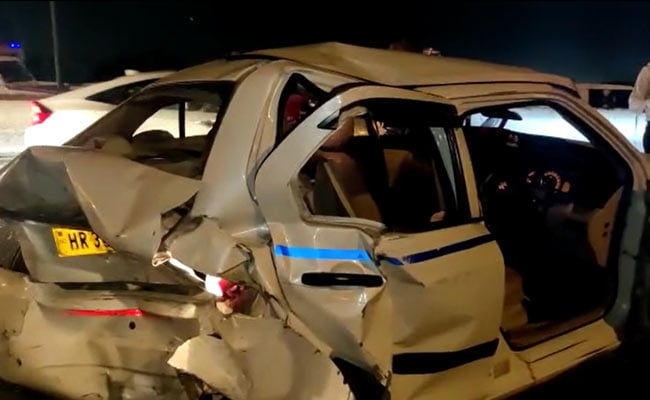 Constable Mohit who was driving the vehicle that hit the cab has been arrested, the police said.

A cab driver died after his vehicle was hit from behind by a car driven by a Delhi Police constable under the Barapulla flyover in the south-eastern part of the city, officials said on Saturday.

The accident took place late Friday night, and the deceased has been identified as Prempal of Uttar Pradesh’s Agra, they said.

Constable Mohit, who was driving the vehicle that hit the cab, was apprehended, Deputy Commissioner of Police (southeast) R P Meena said.

“Mohit is a constable in the Delhi Police and was posted in New Delhi district. His father, Hariom, is a sub-inspector,” Mr Meena said.

Delhi’s Maximum Temperature Likely To Be Around 36 Degrees Celsius